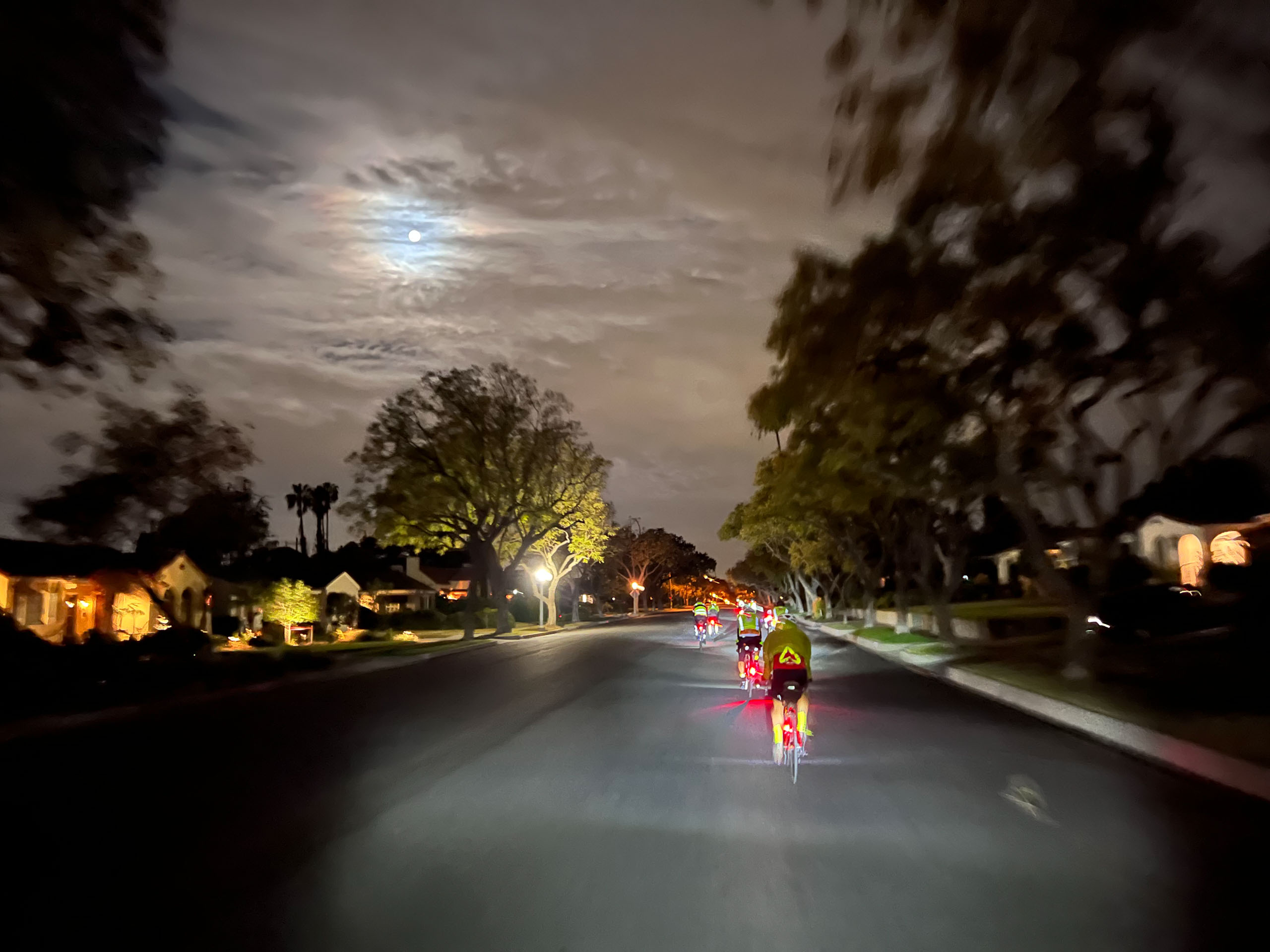 We all met in a parking lot just north of hwy 210 in Pasadena and rolled out promptly at 6am. I didn’t sleep for shit before hand, nerves I guess, and my neighbors got home around 1:30 and I never sleep through that. I was honestly ready to bail at any minute before leaving my place, so many questions in my head, mostly ones that are about why the hell would I even want to do this, especially without my friends, and I even convinced myself to get pissed that the scheduling is so dumb that I will most likely miss most of the other brevets leading back to “whats the point”?

Regardless, I packed what most would would say is too much food and water and misc crap but I’m good that doing that. In the end I was pretty stoked that there was only the need to stop twice for water.

I have never been on most of these bike paths and roads and honestly they were all pretty sick, and if it was one I wasn’t stoked on it didn’t end up last too long so shout out the route planner (Kerin)!

The PCH was my second worst section (first being miles 125-160) only because there were soooooooo many other people on bikes and big ass bike crews wearing the same outfit. Once I was up front at a light and all was be good for 30 seconds while they all clicked into their pedals or whatever they were doing, then “on your left” for 30 seconds, then the next red light. After that I made it a point to pull off at red lights and just let them all go. Good time to catch up on phone calls.

The first 125 miles went pretty damn good but once I got around Riverside the wind picked up as well as the annoying low grade climbs. The winds lasted until dark, the hills until the finish. Pretty confident in saying I have never ridden 100 miles as fast as I did but then when the winds slowed me down they also brought me back to the reality that I’m slow, more of the 10-13 average kinda person.

Things I would do differently? I brought two battery bricks…hahahaha. Next time one small one is good, preferably with two outputs as my Wahoo no longer lasts all day (which kind of pisses me off) and the Wahoo, speaker, and phone all could have used some juice at exactly the same time. I’ve actually had some issues with my Wahoo since late last year so I wore a Garmin watch as back up, luckily it worked flawlessly because you are supposed to take photos of predetermined places but it seems that if you have a computer logging you then they accept that now as well? Something like that. I brought too many BoBo Bars thats for sure. I kept a liter in my front bag which was surely overkill but I drank it all both re-fills so that and the 3 bottles on my frame are what kept me from having to stop too much. That and the pizza, and burrito, cookies, Twix, jelly beans, etc. Oh, maybe the jacket too., I only used it the first hour or so and could probably just ran with the windbreaker. That jacket in my bag was pretty annoying all day digging around it. Guess I could have zipped it into itself and re packed with it at the bottom. Dumbass. Also, would have been WAY more fun with my friends so I’ll be trying to convince them to join RUSA and PCH Randos.

Probably the best thing I did was to go get a fitting earlier on in the week. I was for sure nervous not getting to ride much after the fit to make sure I would feel good but it worked out great. Shout out to Brian @spotonfits for dialing me in and explaining everything he was doing. The last photo I took was of a bobo bar and this is the only photo I think I took with my bike in it. The bike rules, and you too can own one now!