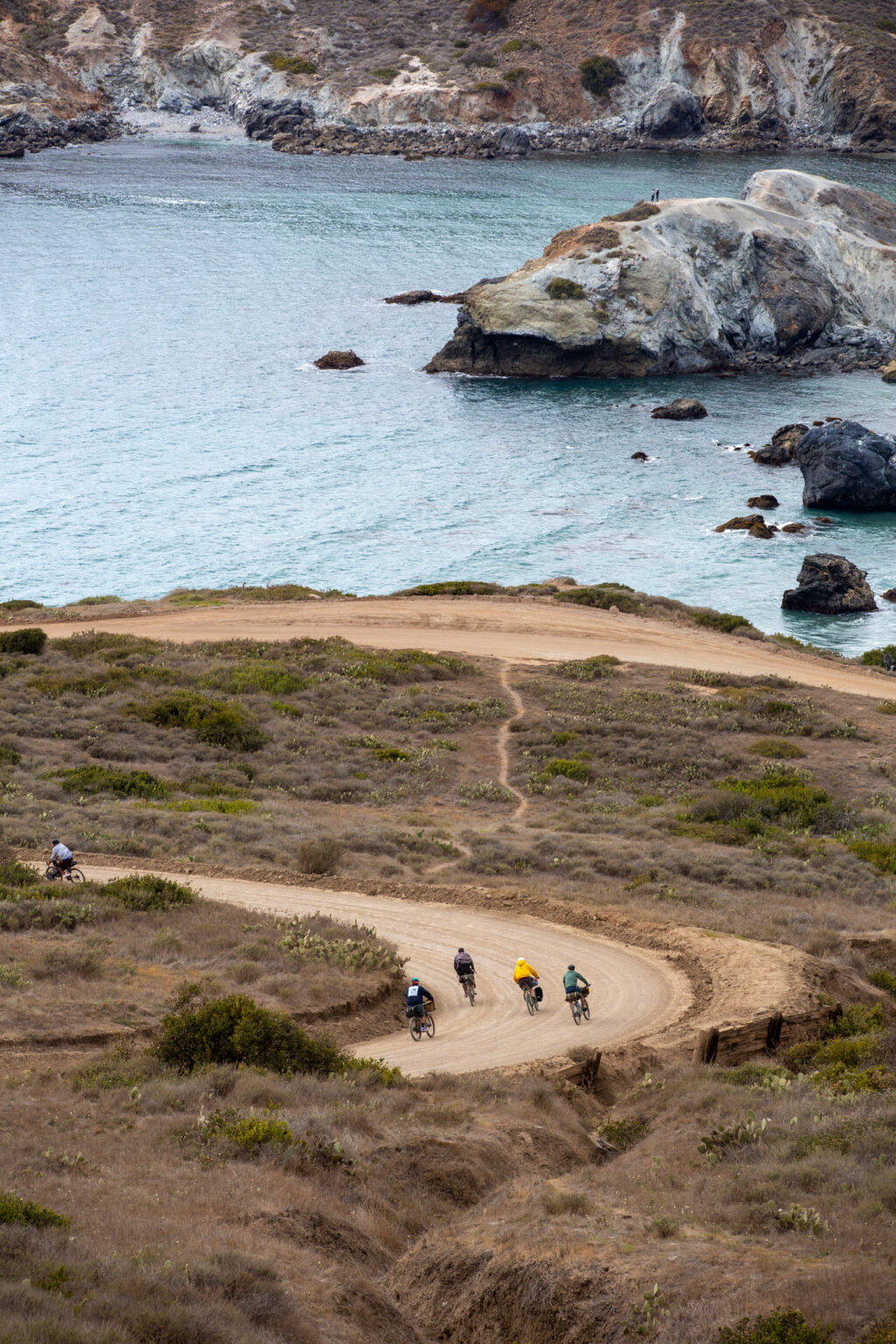 It’s been just about a year since we went to Catalina and I’m starting to get an itch for it again which led me to going through some of my photos from last year.

We did just two nights, arriving in Avalon and riding across the island to Twin Harbors to camp for the night, then the next day we made a little detour to go to a beach further north then doubled back to Two Harbors (not to be confused with Twin) and met up with Louie and camped the night there before taking a late after noon ferry back to Long Beach the following day.

The crew was Terps, Scuba, Mackey, Hayden, Thomas, and Louie. The thing with Louie is….and this may have been my fault actually (lol)…he took a ferry to Avalon instead of Two Harbors where we were at so he rode from Avalon to Two Harbors solo.

We didn’t pack a bunch of food because it was planned out where we would be able to eat so aside from snacks and some backup meals we were all able to pack just a little bit lighter. The fist day alone we ate when we arrived to Catalina, then at the airport after the big climb out of Avalon, then again we made it to Two Harbors in time to set up camp and walk over to the restaurant and eat dinner. Even got some to-go drinks to walk back to the site in the dark with.

The ride to the beach on day two was a highlight for sure. Hardly any elevation and a nice fire road I think about 9 miles to an empty beach. Everyone walked down except Mackey who went OTB first try, but landed on his feet and stuck it second go. On the way out he wasn’t so lucky though with the only slam from the trip he was hauling ass downhill and couldn’t make the turn and got pitched into some grass while almost impaling himself on a downed tree and it branches.

That second night we had a fox come and steal our Kettle One chips. They we Jalapeño flavor (mine) and prob not too good for her digestive system (or mine) so she was chased down and asked to kindly give them back (she did).

We ended our trip about the same way we started..riding, eating at the Catalina airport, then eating again with our feat in the sand down in Avalon while waiting on the ferry.