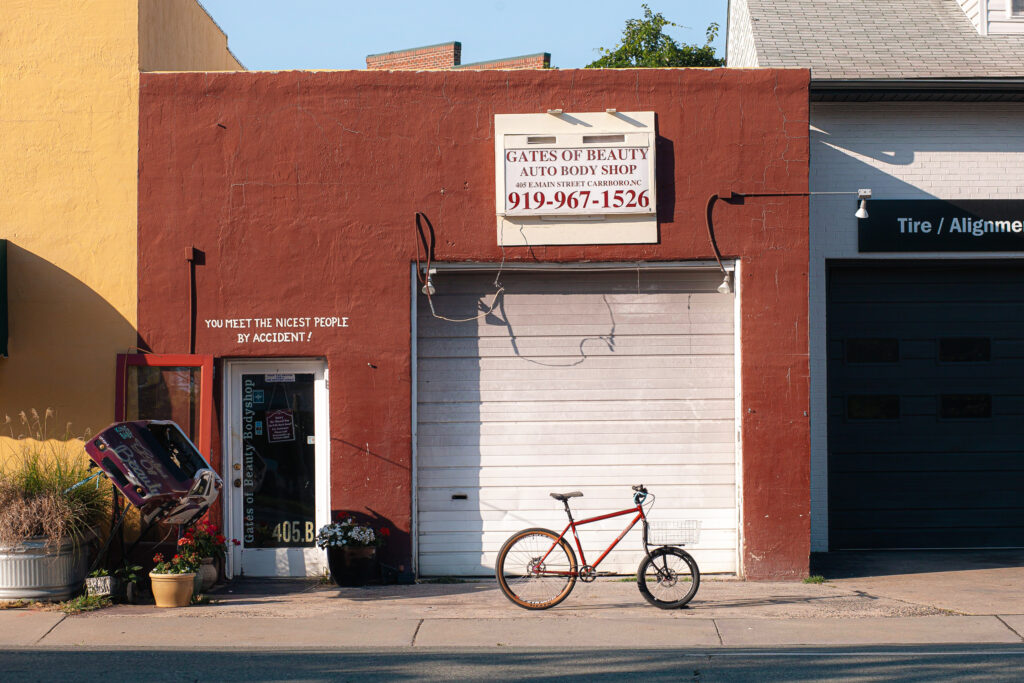 Last week Nasa’s James Webb telescope released its first images of deep space. Like a small, wondrous assemblage of gems primed for a grill from Eddie’s Famous Gold Teeth in Atlanta, the photos of our vast and sparkly universe did not disappoint. It never does, even when you can not escape the circulation of the same image for a few days. I think we were all fairly pleased with the constant stream of swirly galaxies to distract us from the little disassociative hobbies we have adopted during these trying times. It makes sense. It felt nice to see some news that was as interesting as it was inspiring.

It, however, got me thinking. Every so often, some random image gets burned into our collective conscious. Remember Bjork wearing a swan for a dress in 2001 or that little dog from Guanajuato who crashed a parade originally for the Pope in 2012? Yes, you do. Do you remember early in the pandemic when most flights were grounded and the skies cleared enough that parts of India could see the Himalayas for the first time in 30 years? You might have that last one saved in a folder on your grassy Windows XP desktop entitled “Nature Is Healing.”

But in a specific corner of cycling, the first images of the Clydesdale fork had that same effect. At least, I assume it did. I think I experienced the same level of sublime emotion as seeing the Webb telescope photos. I was excited, terrified, confused, and even inspired. I might have been a little gassy, even. I have daydreamed about my own Clydesdale build. I even purchased a vintage Gary Fisher frame to start. Nothing more, nothing less has been done. Now, I am photographing and yammering on and on about nonsesne that is only slightly related to this cute, scaffolding-laden fork on the information super bike lane known as Dropped Chain Dot Com. It is cute, though. Functional, too!

My bud Rob Noti had the same idea for his classic 26″ Soulcraft, which is more deserving of such an alteration. For those unfamiliar with Soulcraft, they were an American frame manufacturer out of Petaluma, CA. I say “were” as if they no longer exist. I have no idea if Sean Walling is still building under the Soulcraft banner. Sean, with whom I am not on a first name basis, is one of the original American frame-builders, welding for Bruce Gordon and Salsa before starting Soulcraft.

Check out the photos! In case anyone is wondering, the basket is not by Wald. Instead, it is from some abandoned wire shelving unit that found its way into Back Alley Bikes. A gem of a roadside dumpster find. I imagine a young UNC student stored their homework and, I don’t know, their beanie babies and collection of Tamagotchi characters in it while living on campus. That saddle, on the other hand, is straight up nasty. 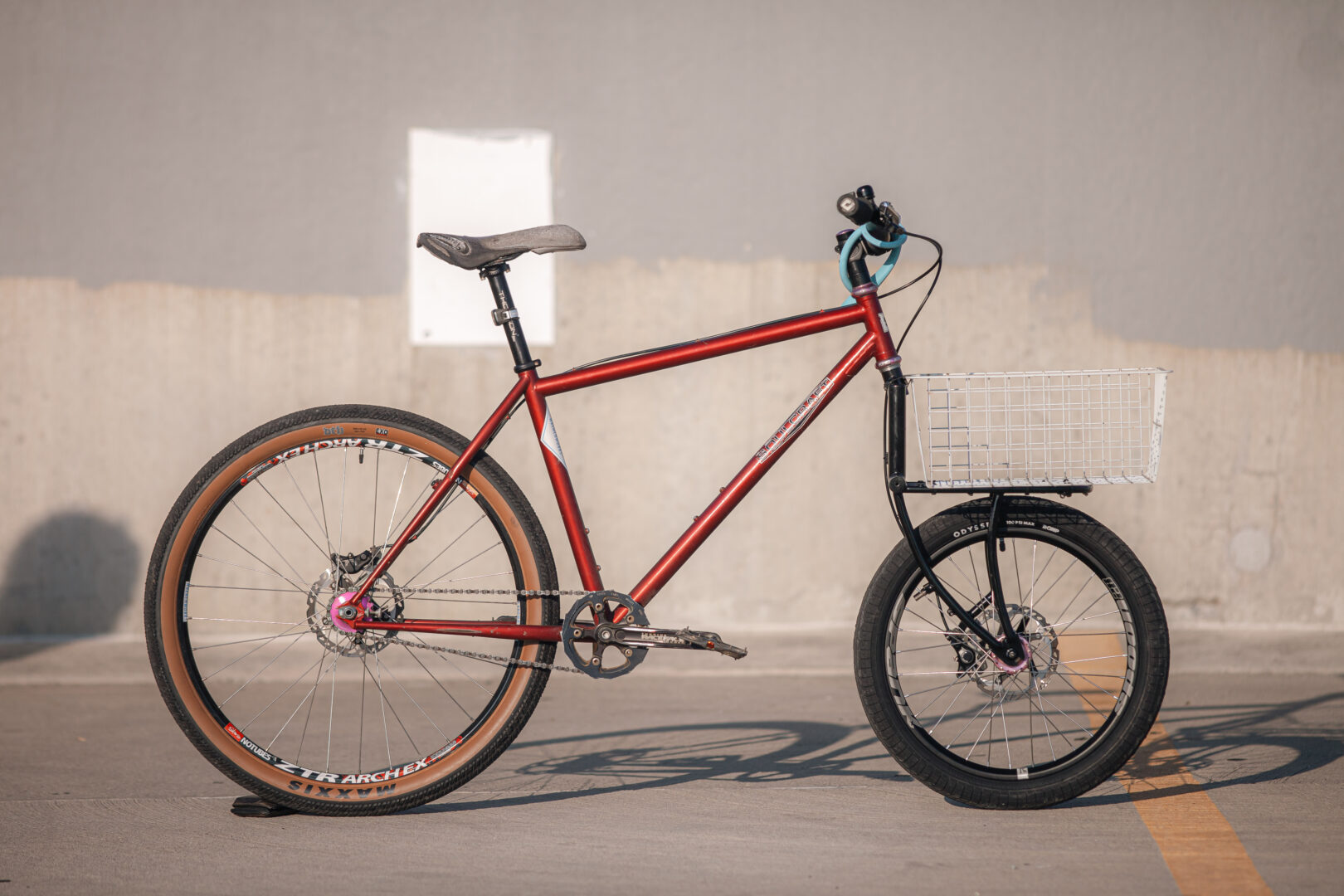 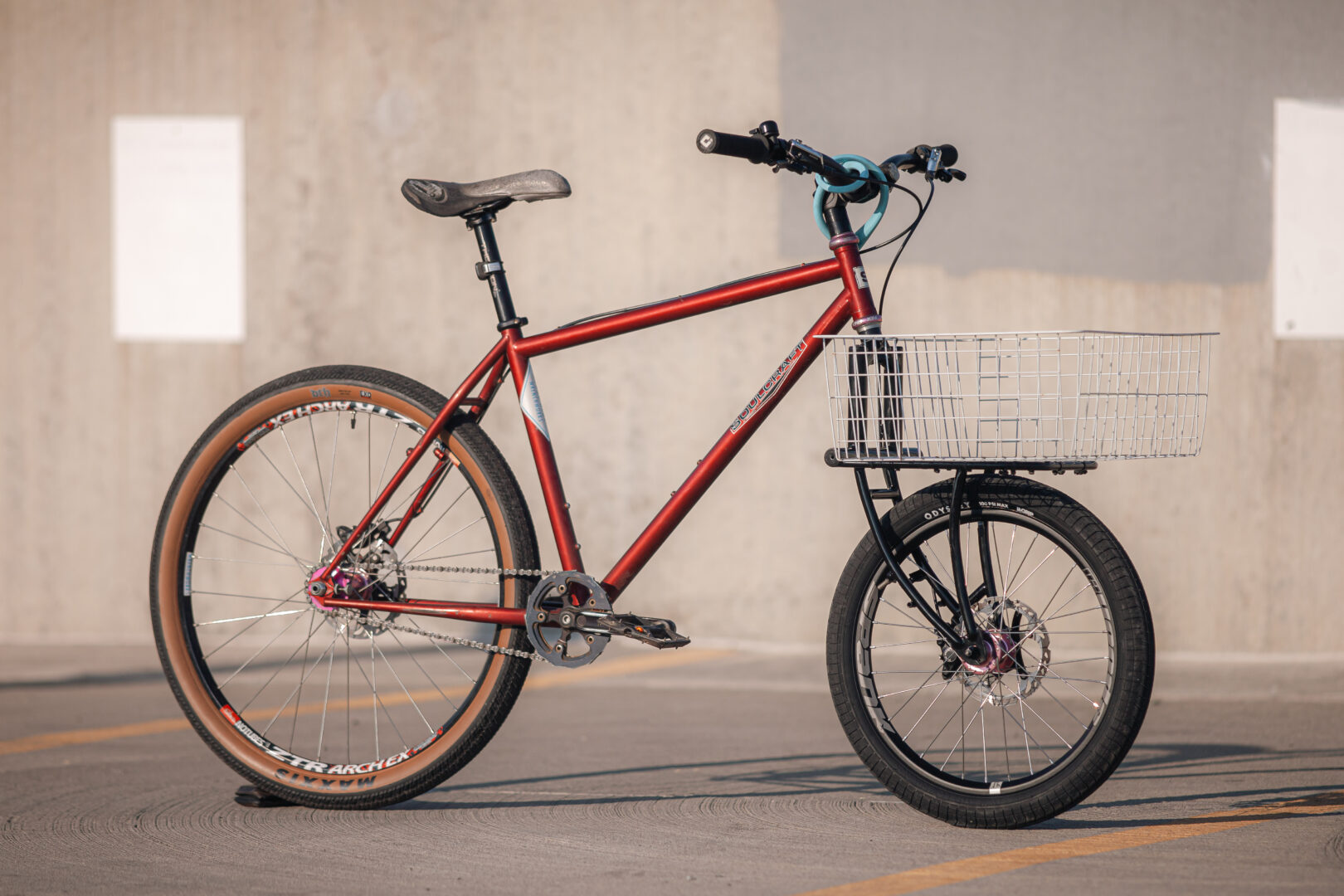 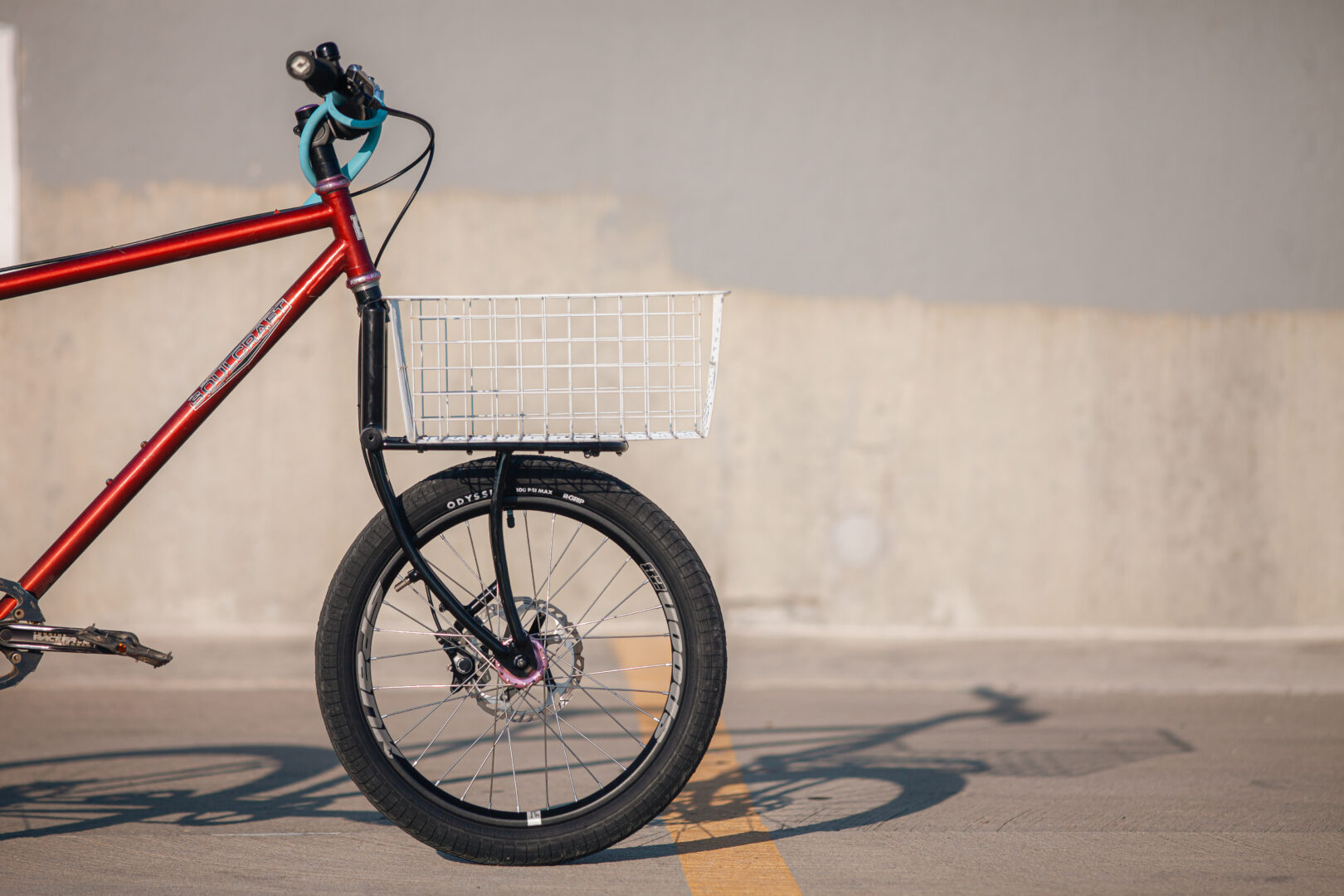 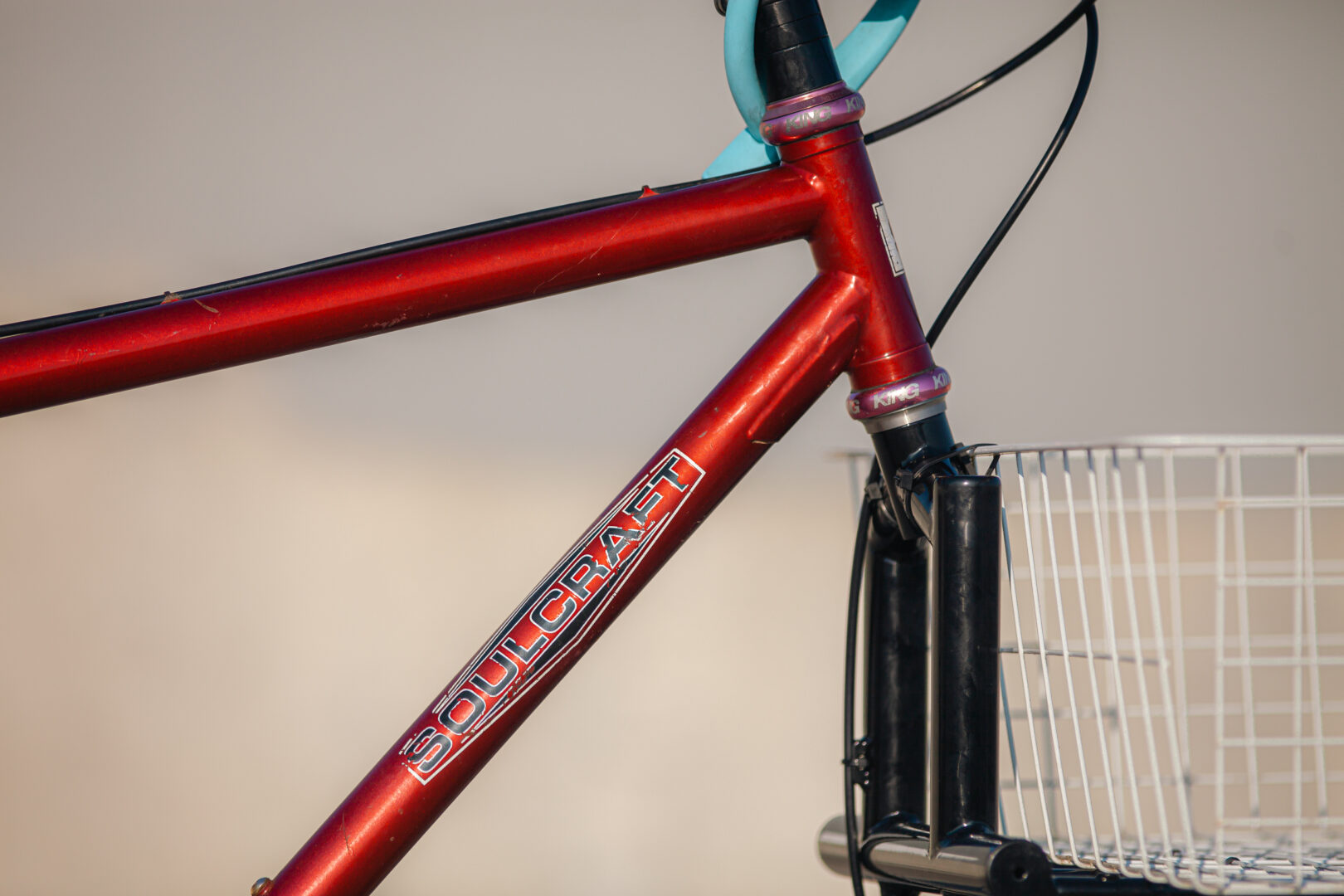 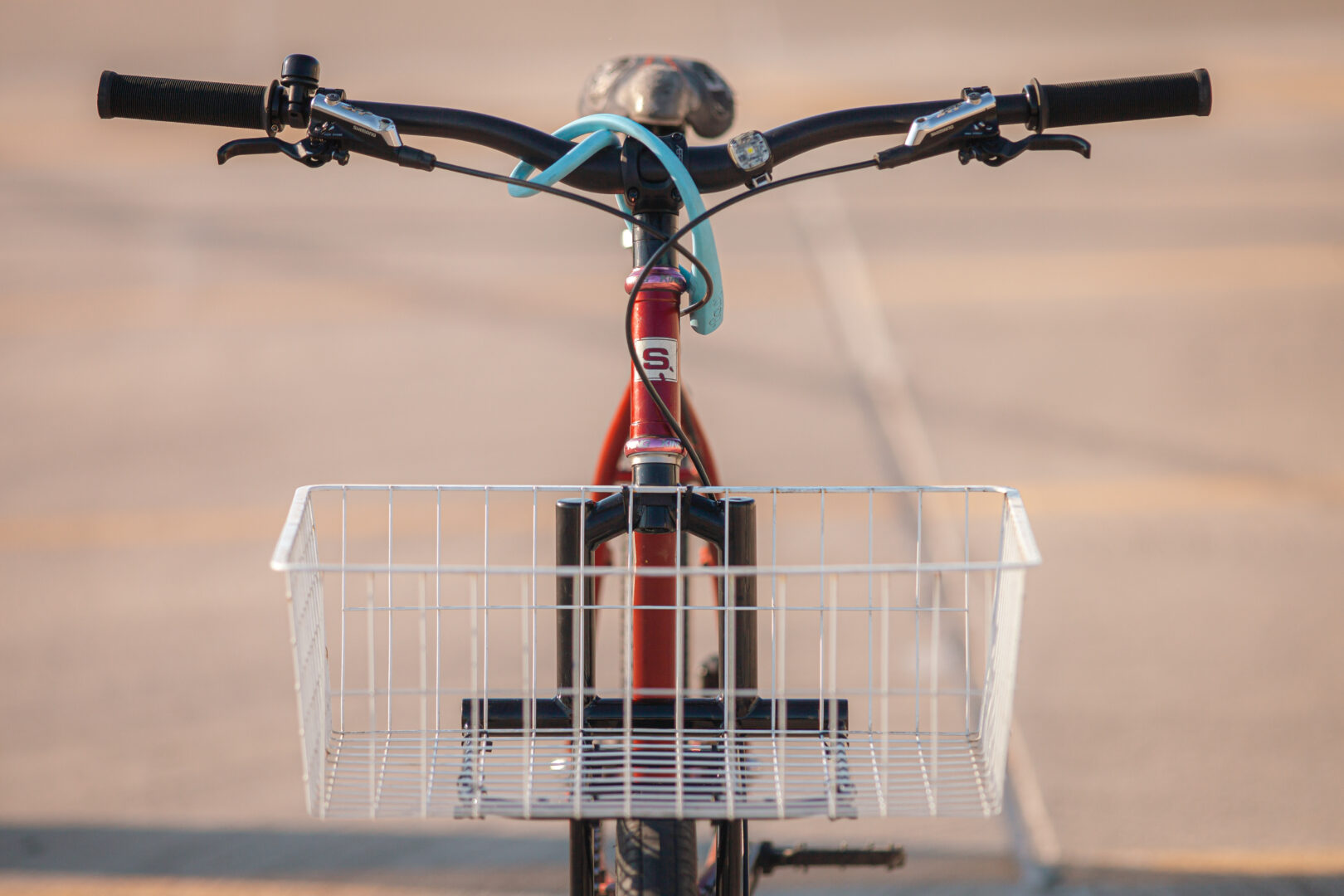 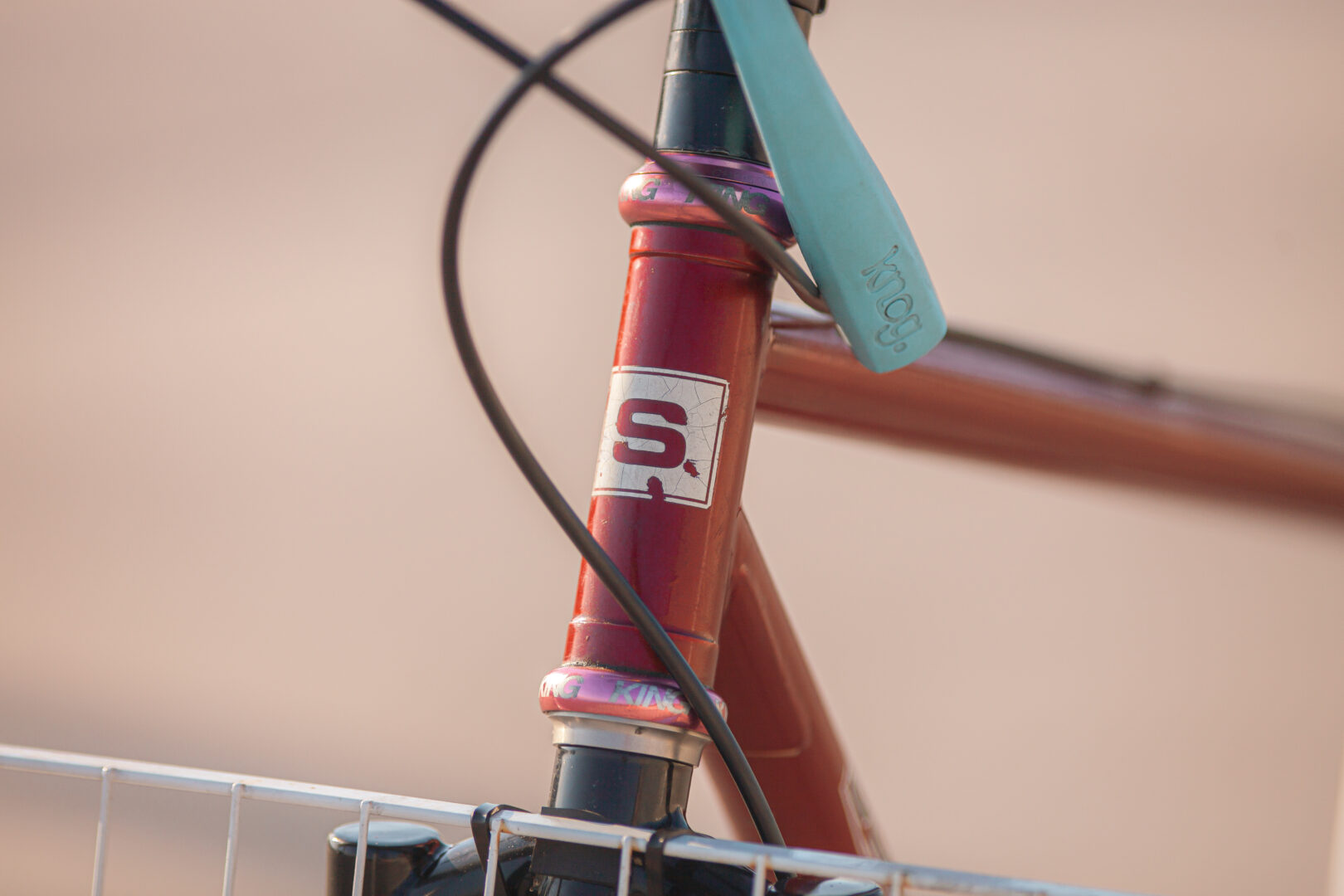 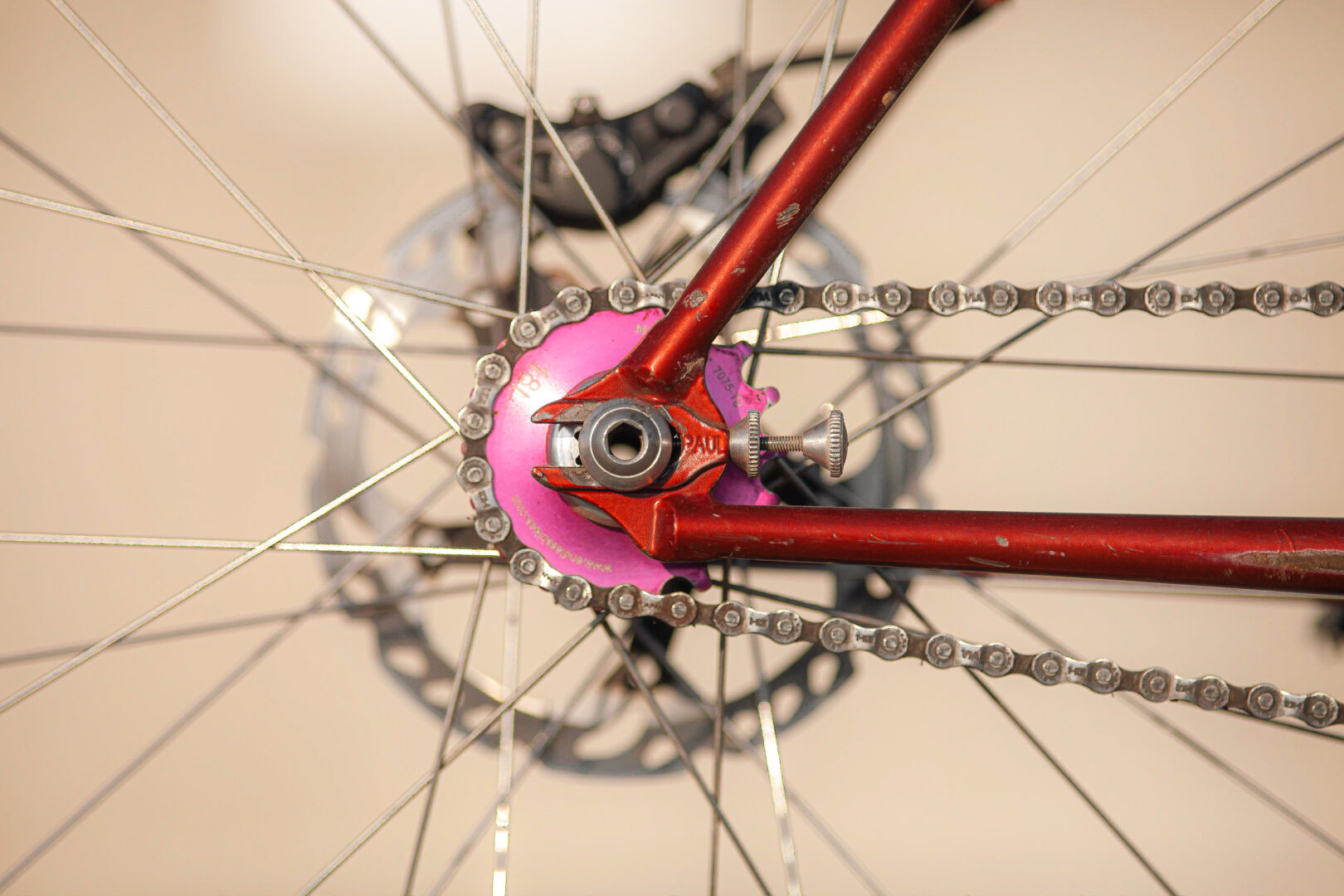 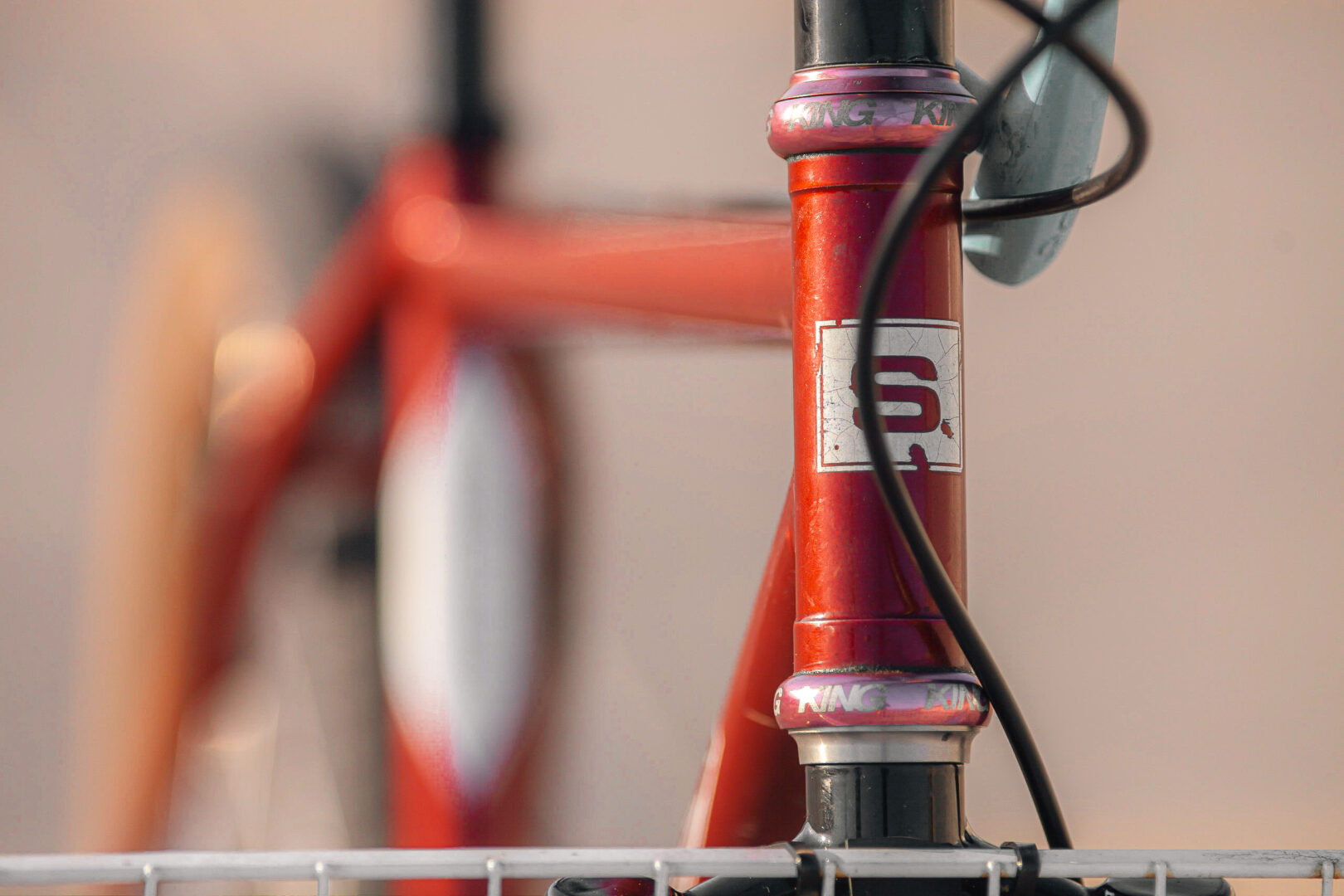 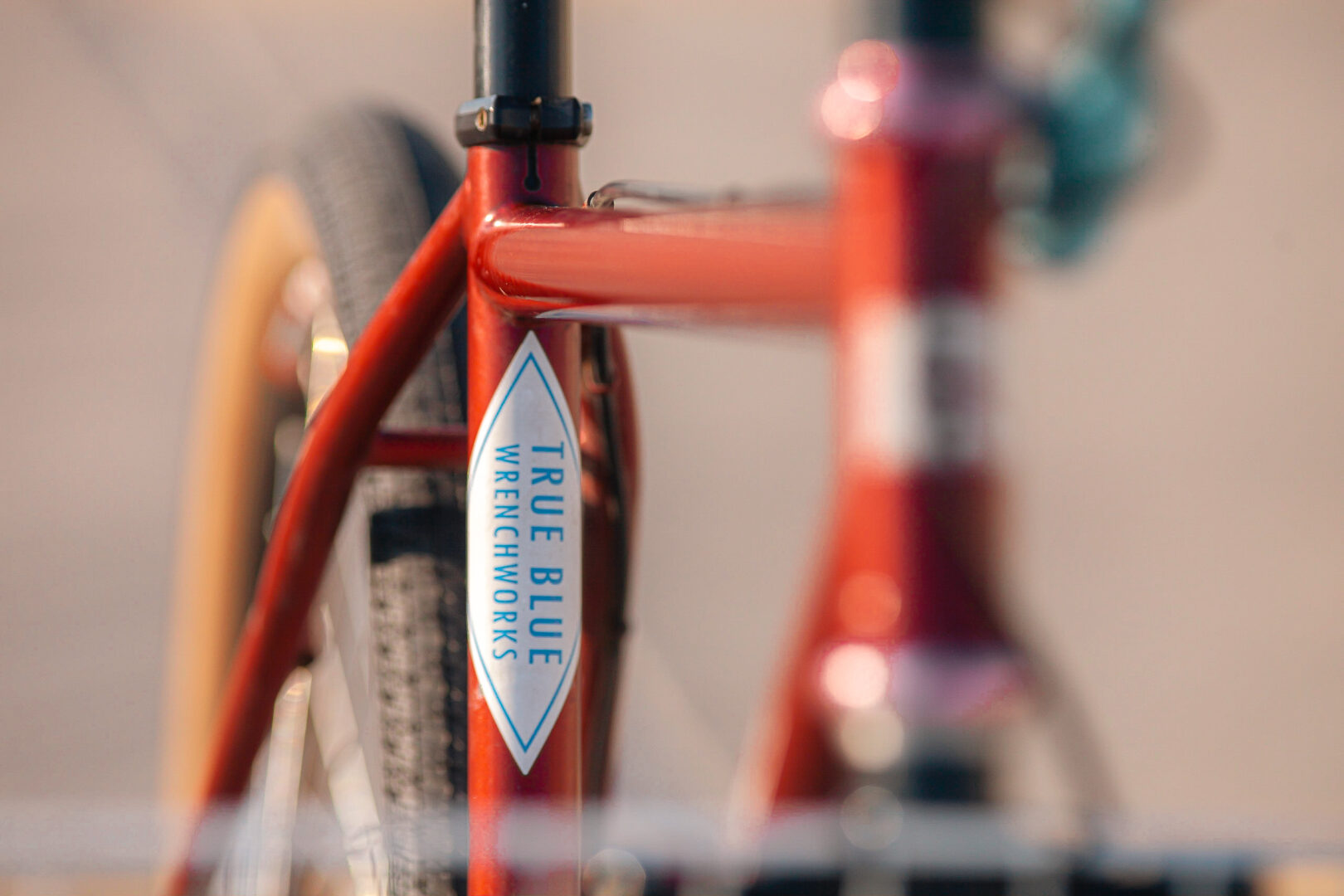 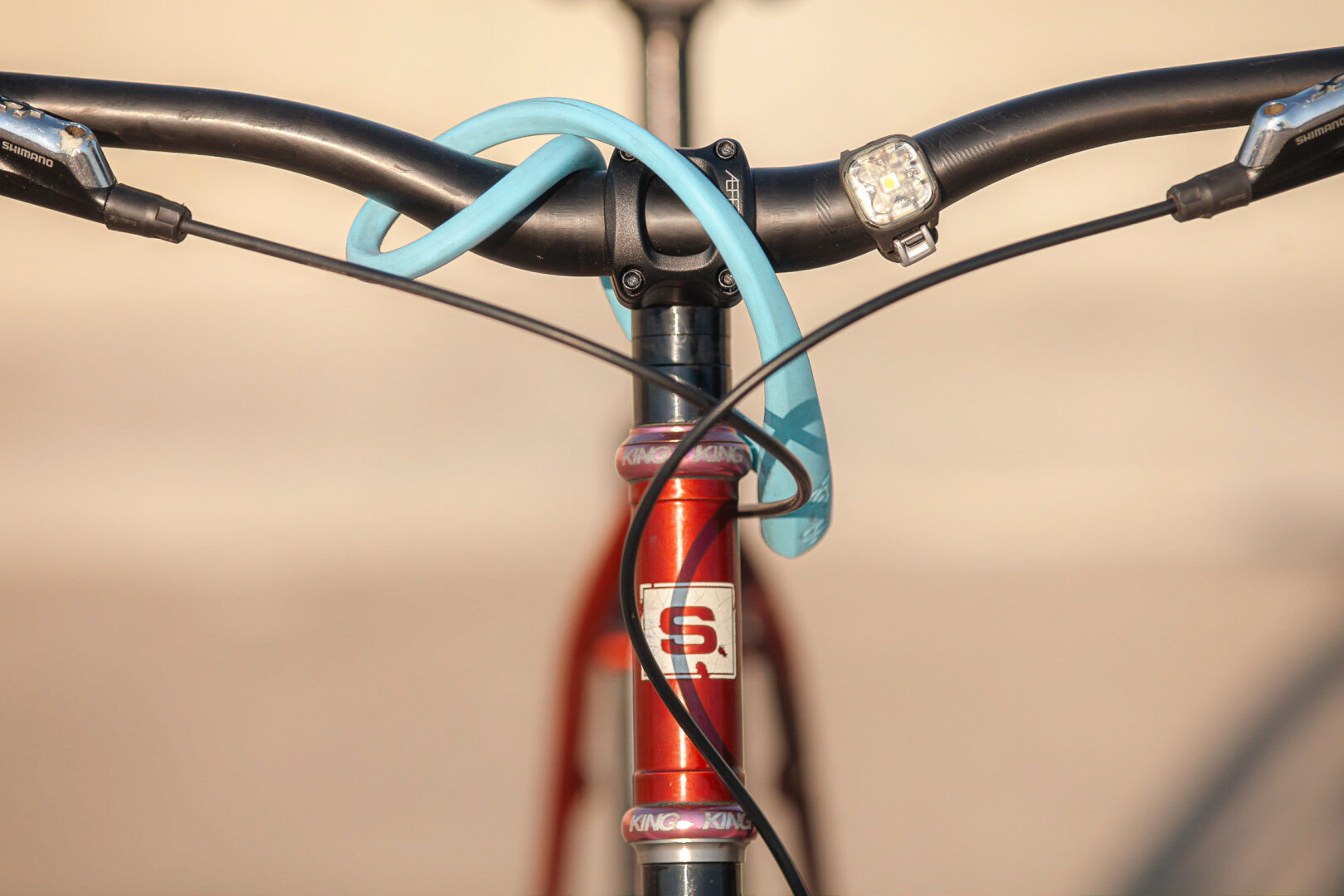 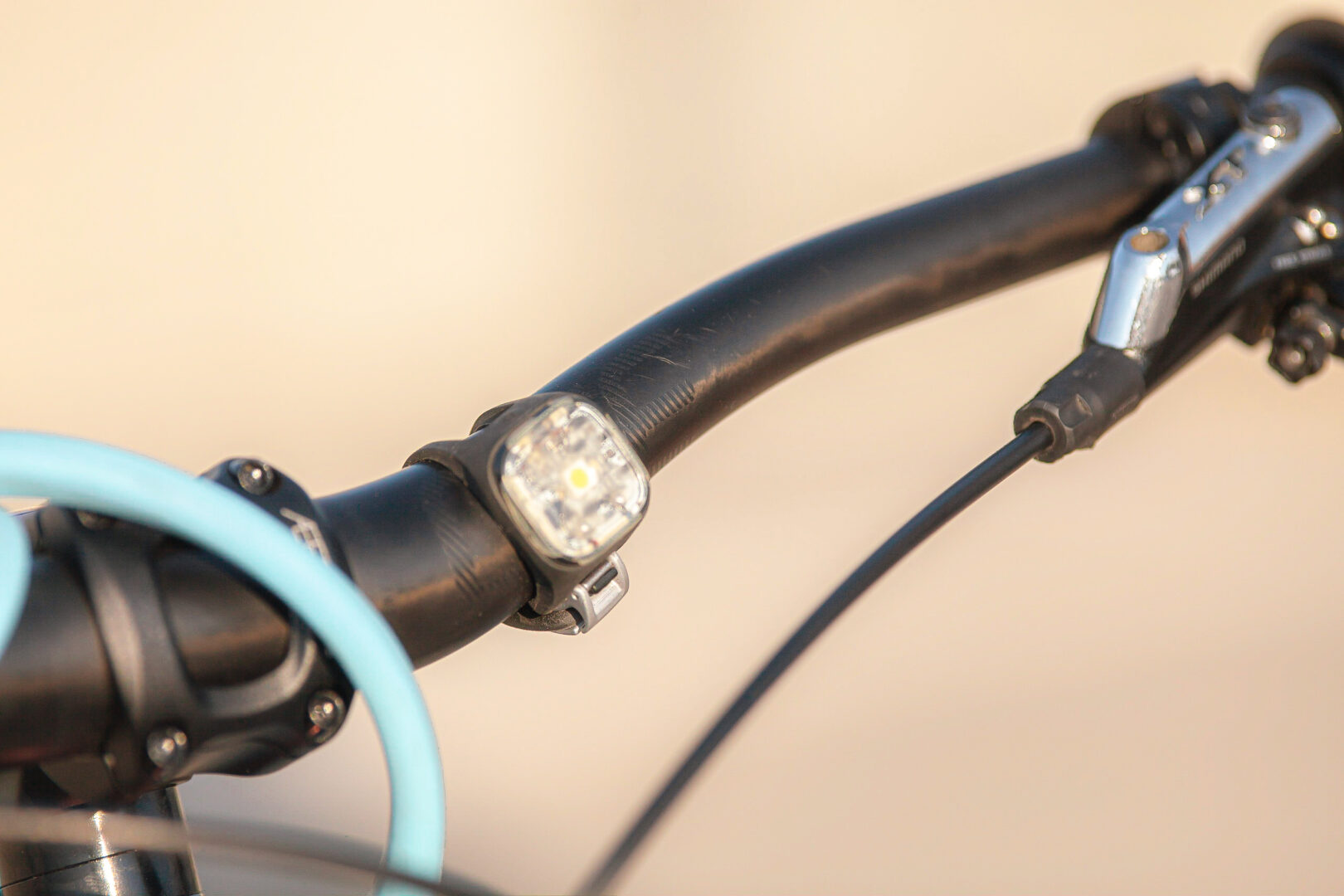 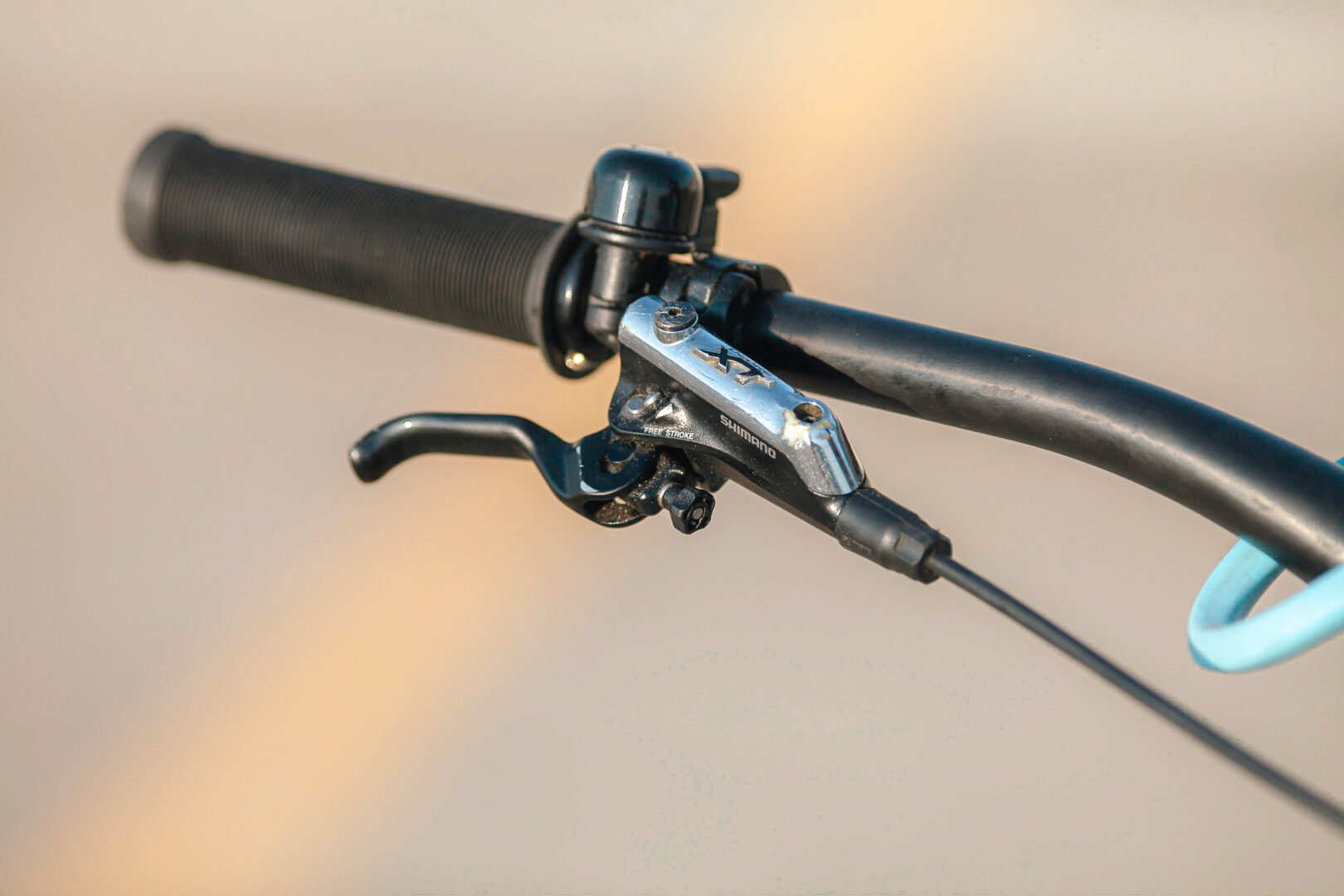 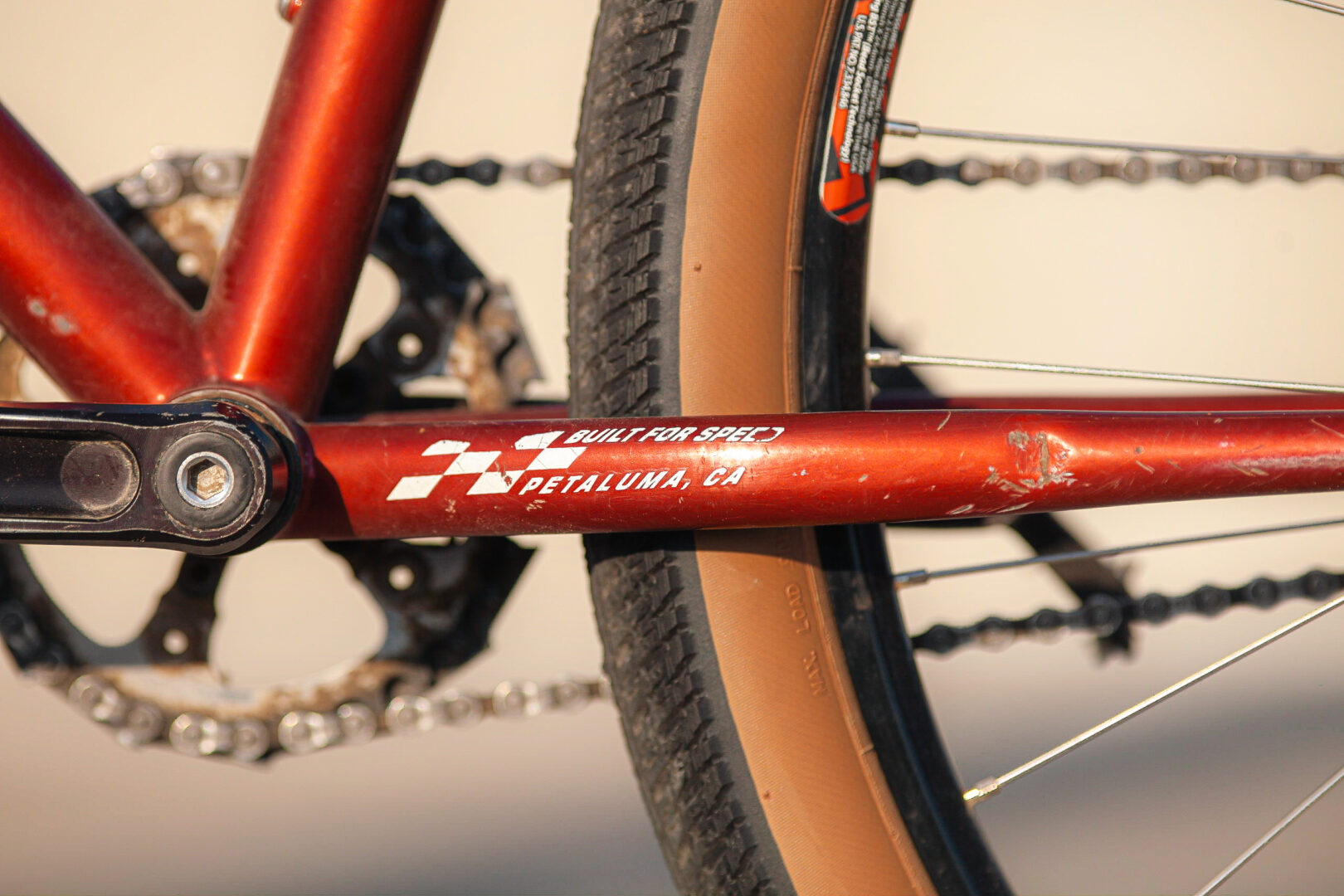 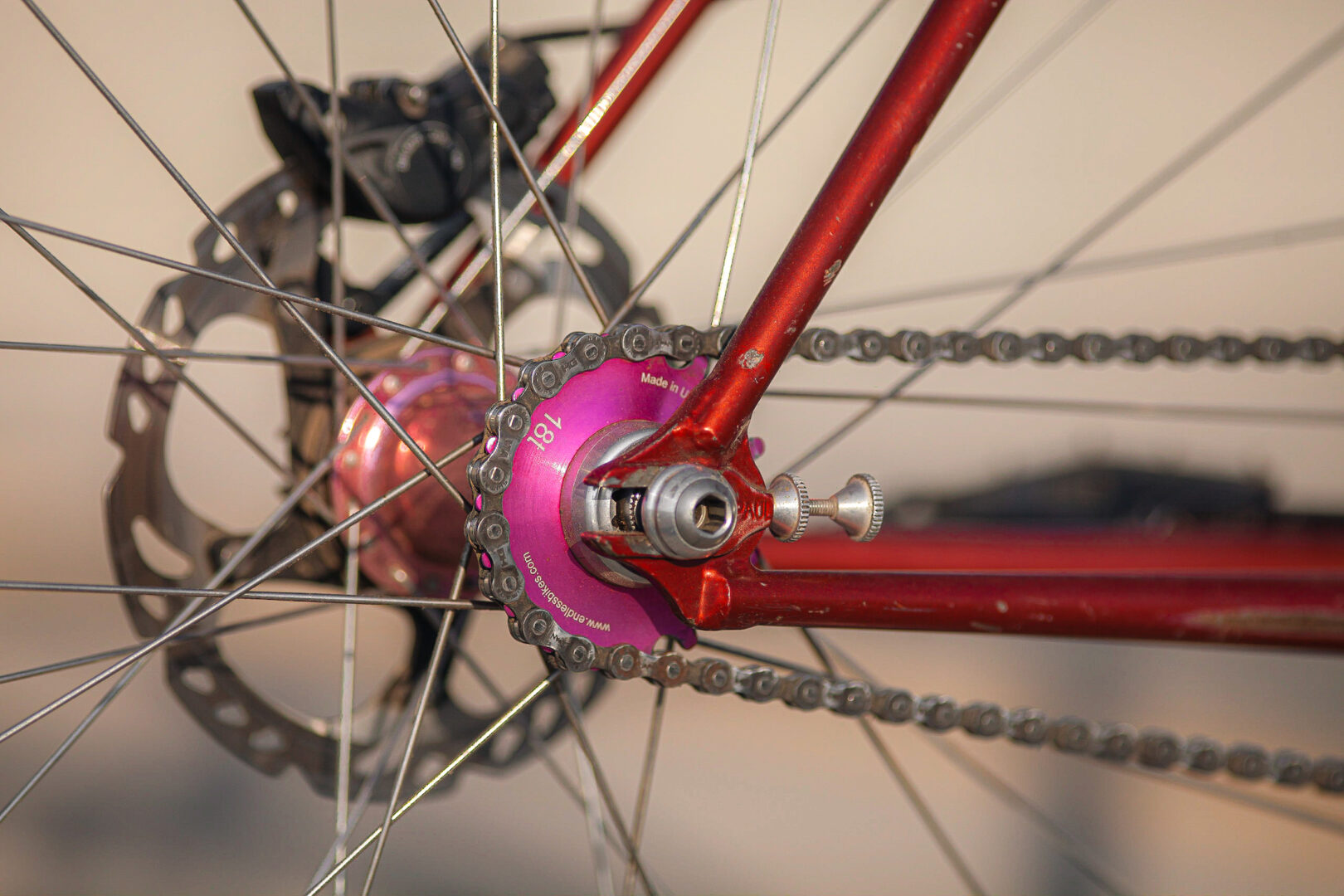 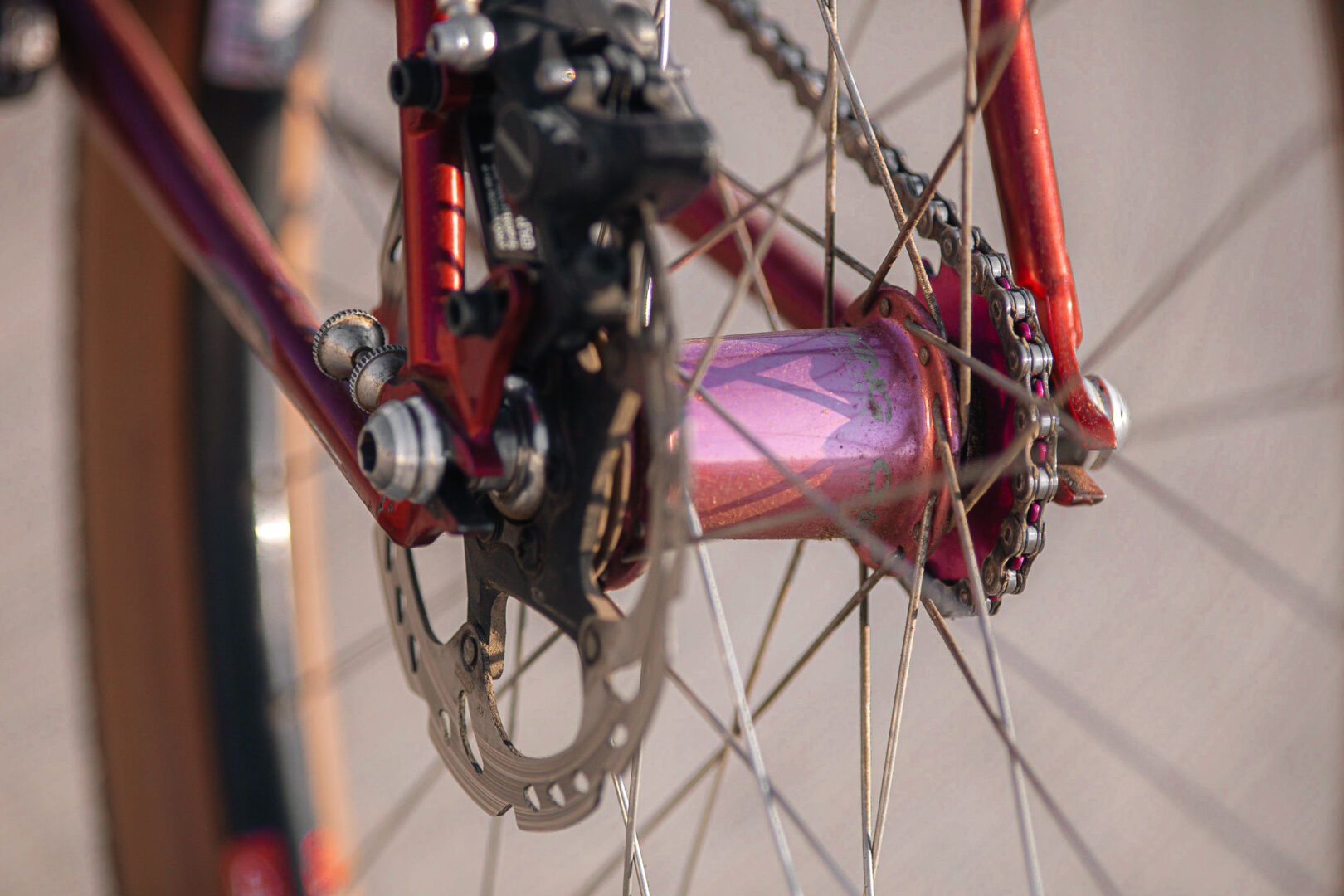 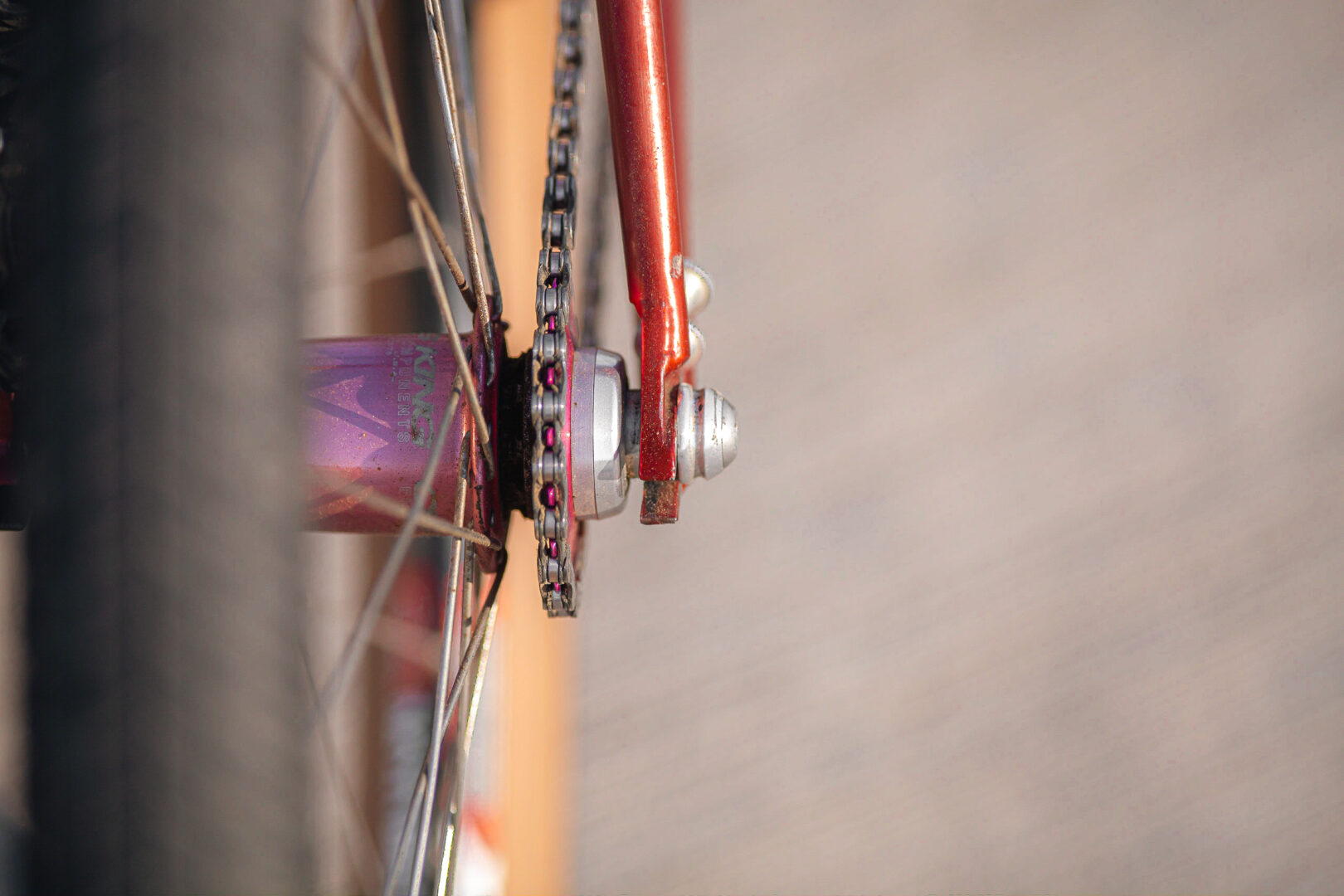 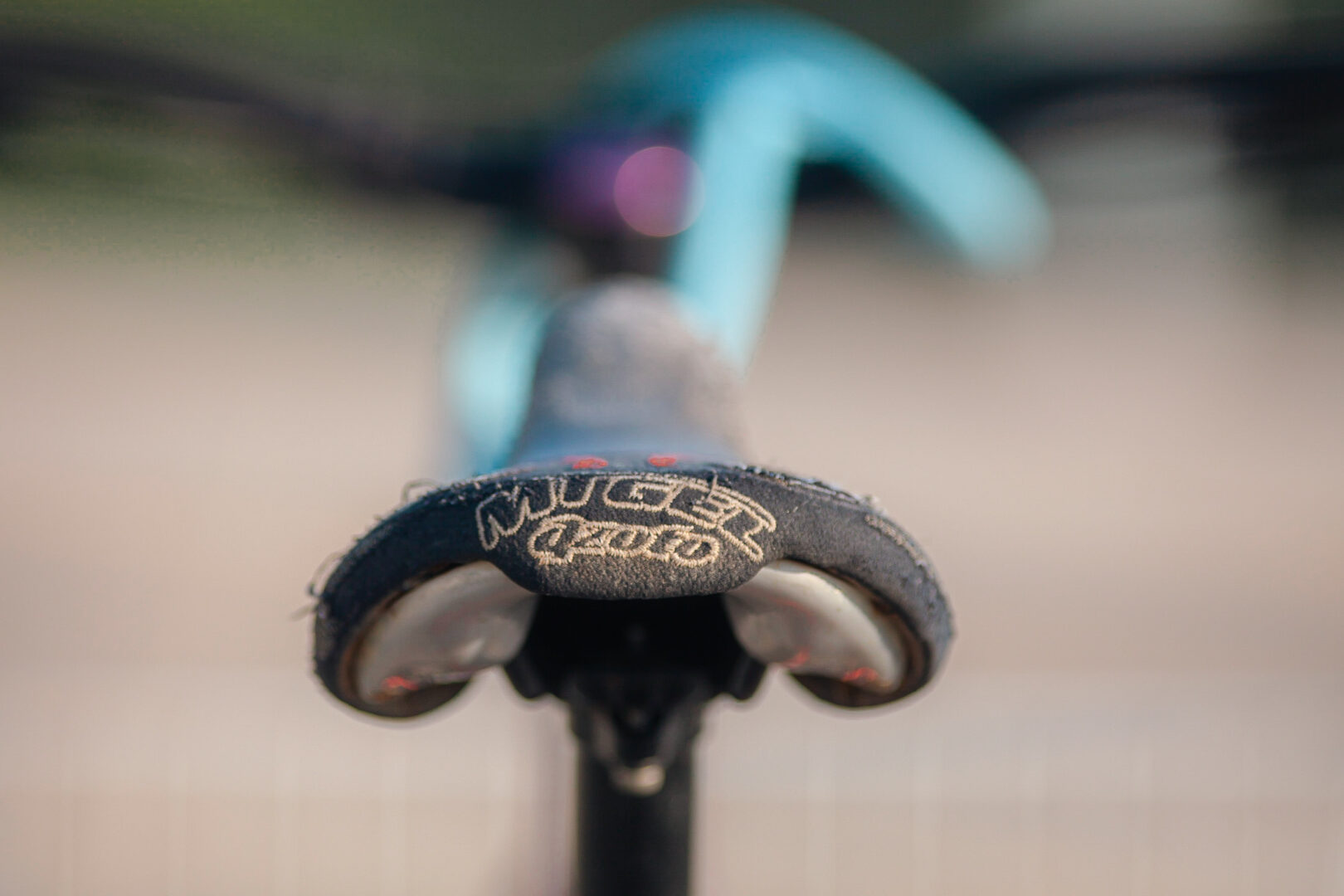 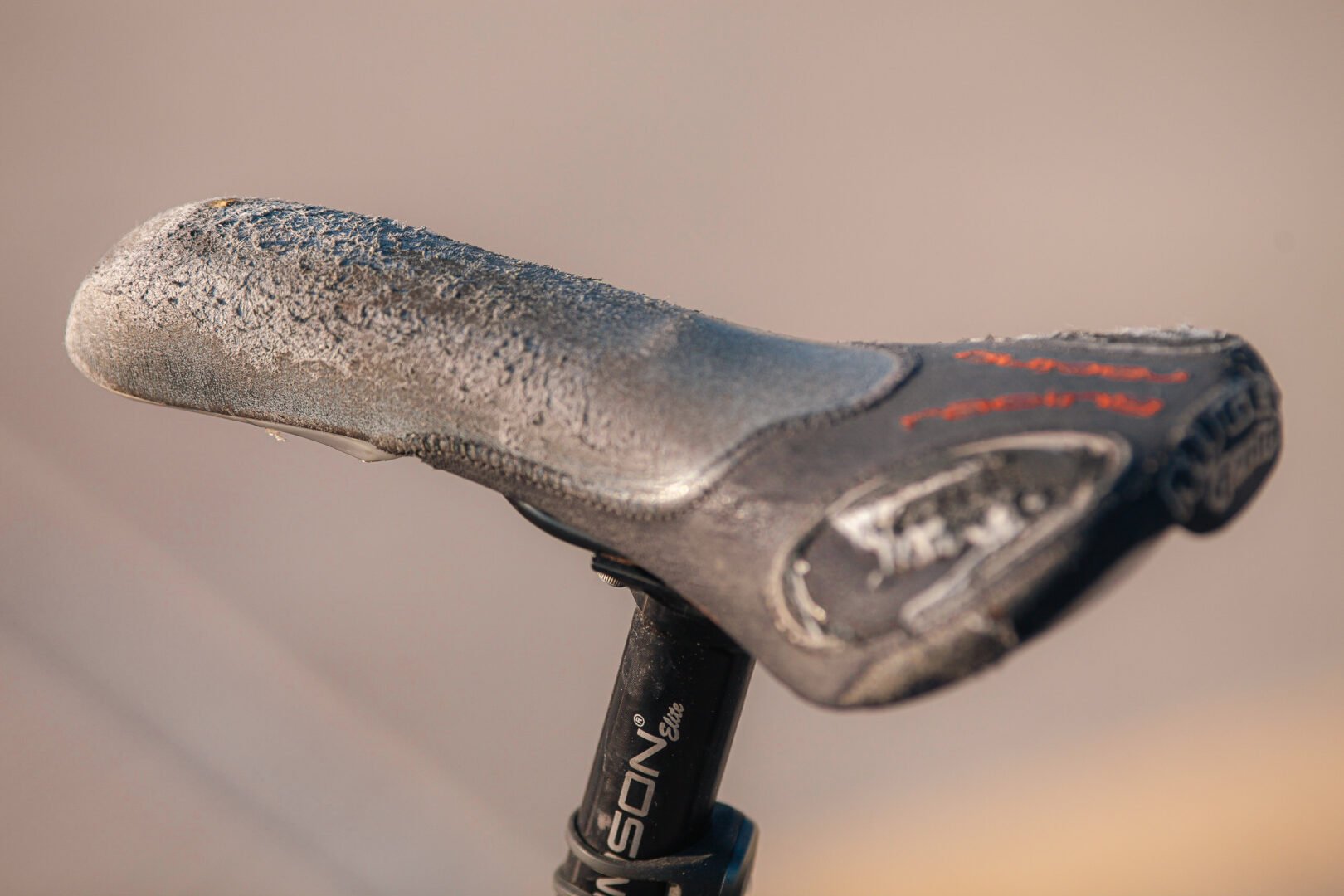 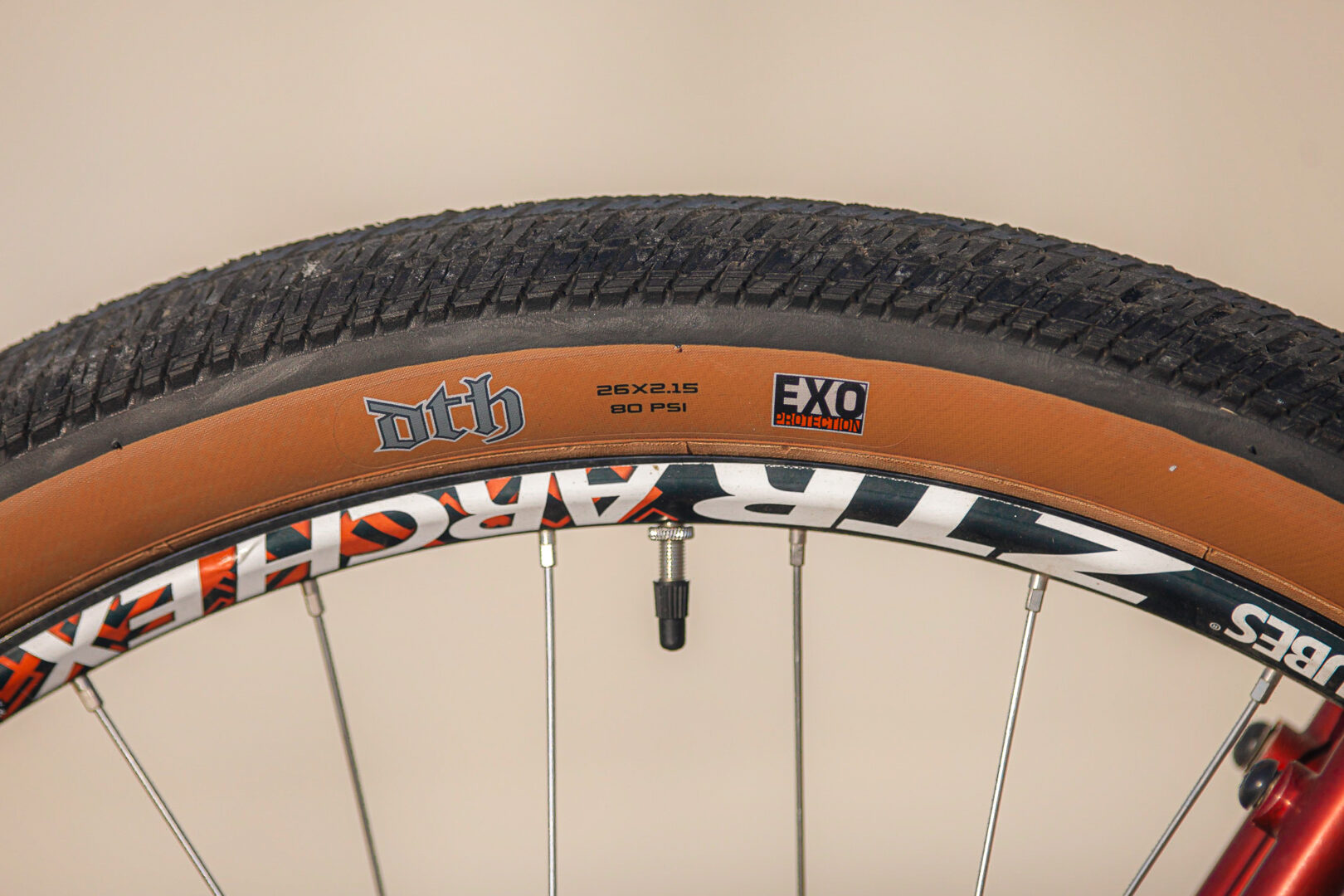 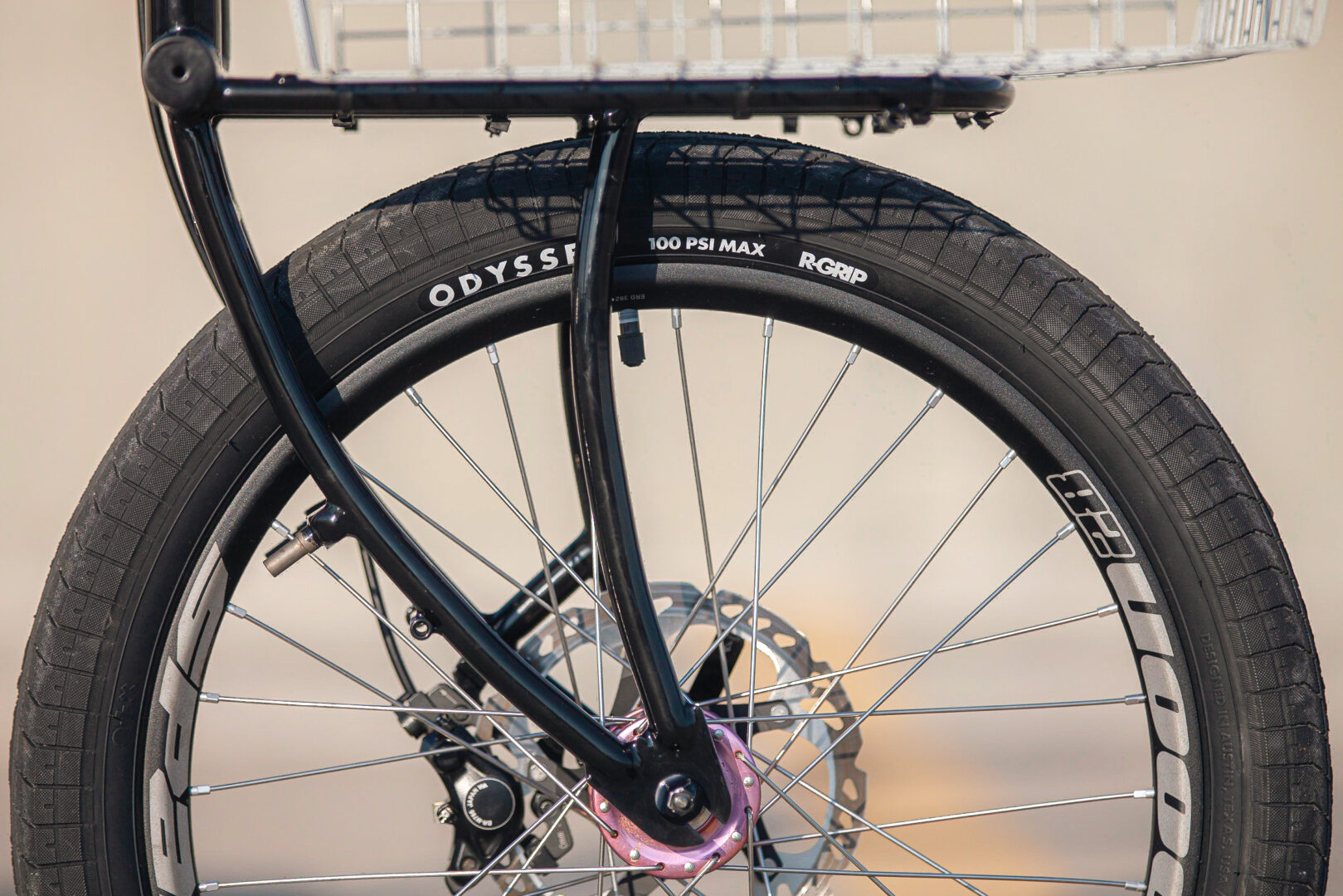 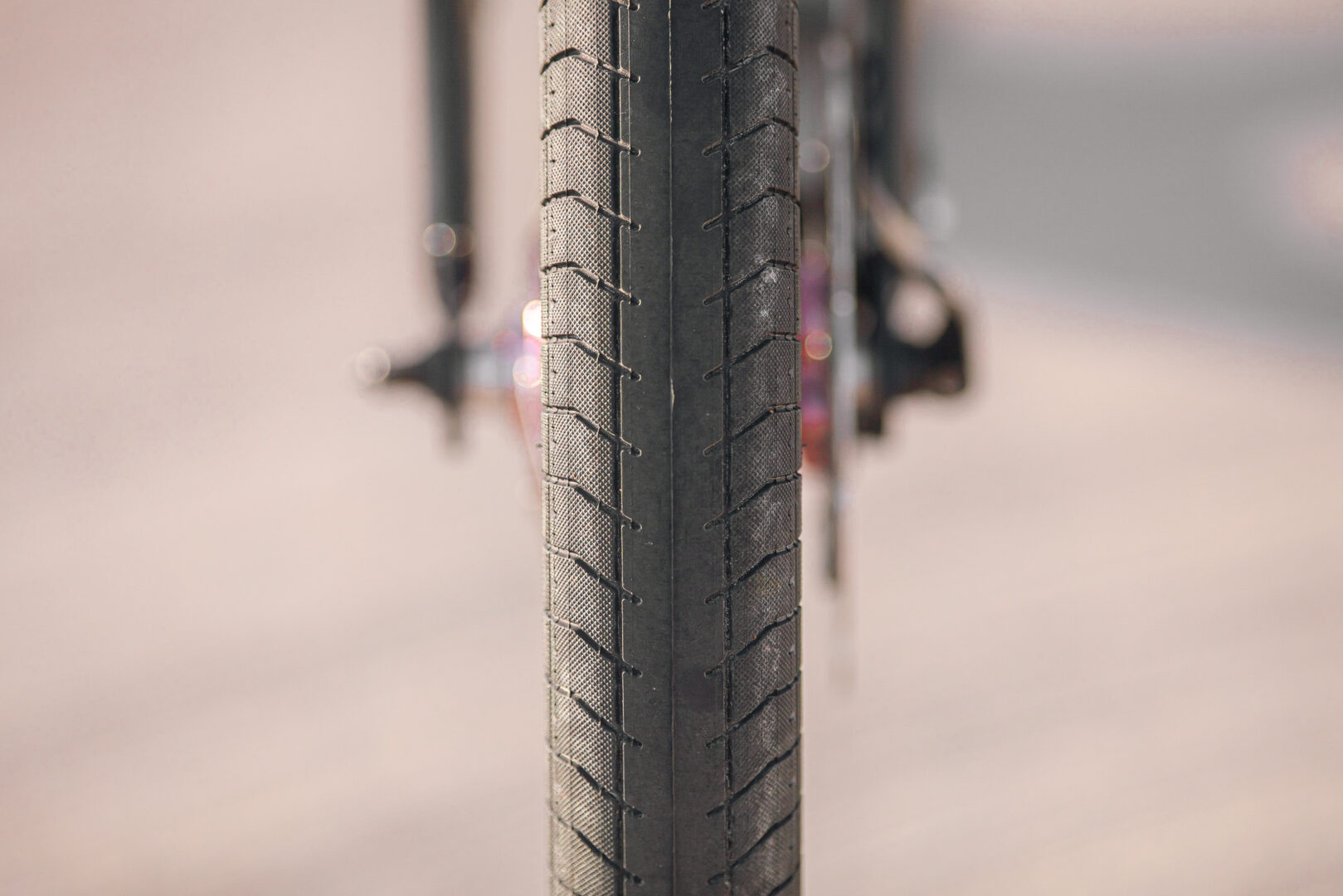 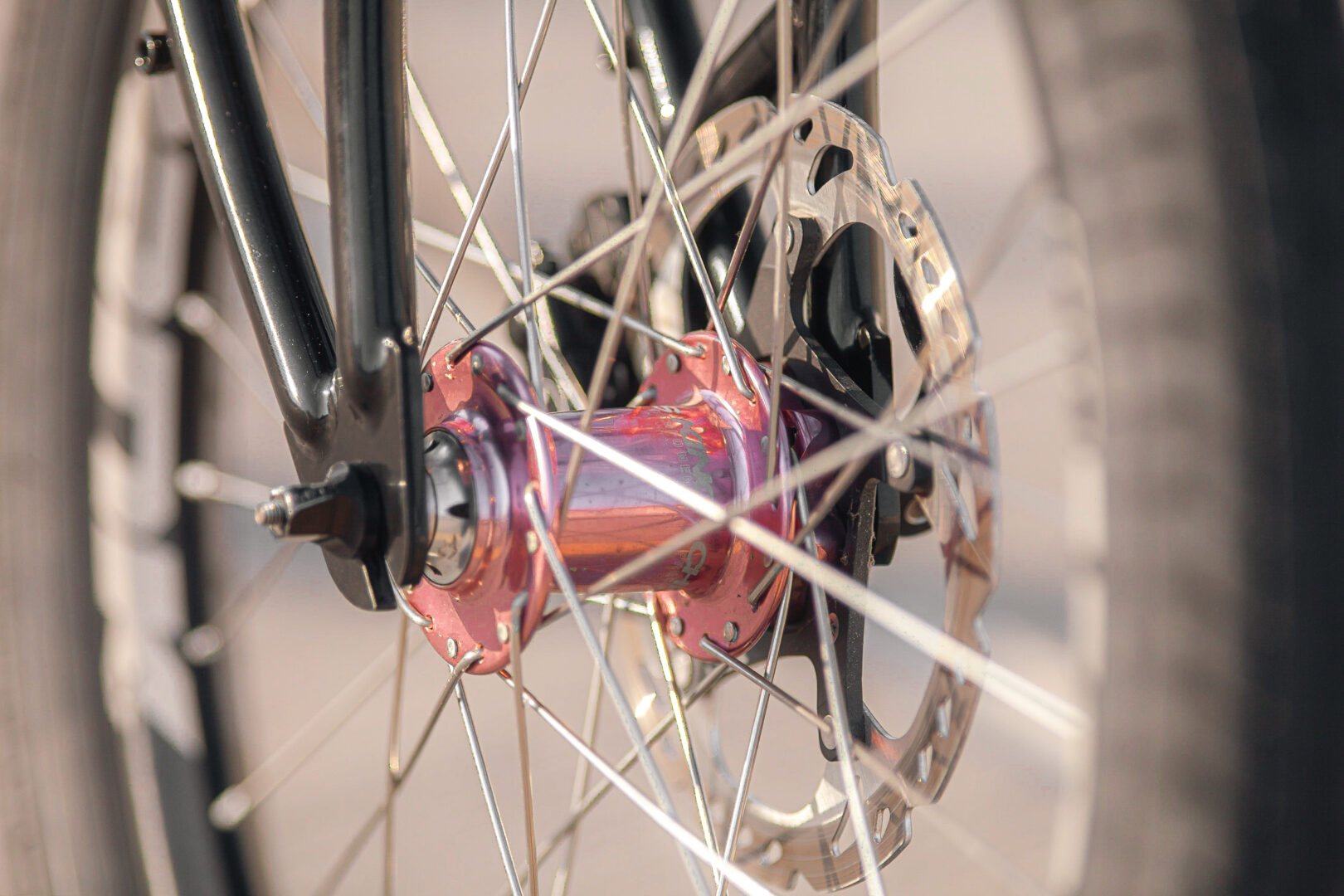 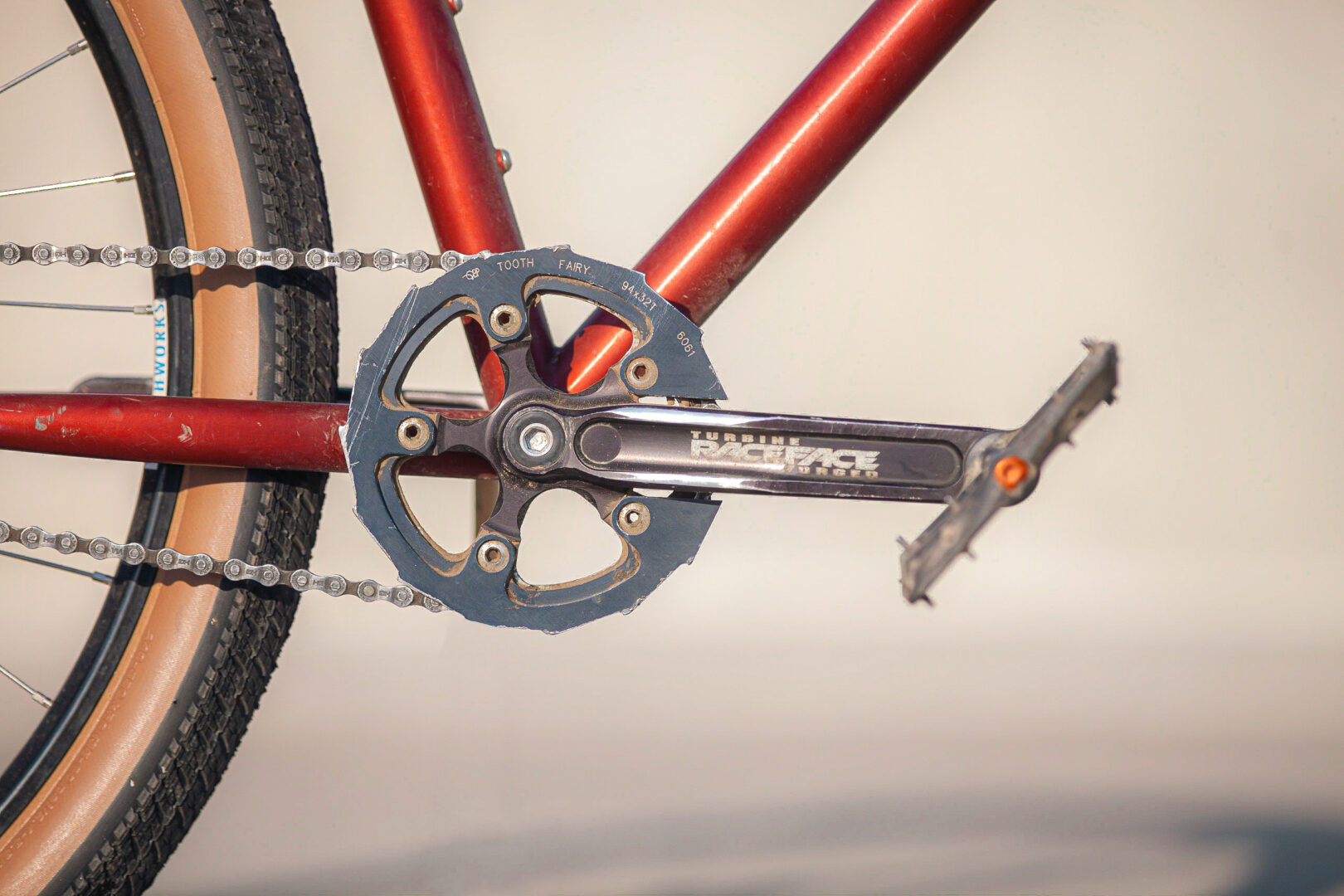 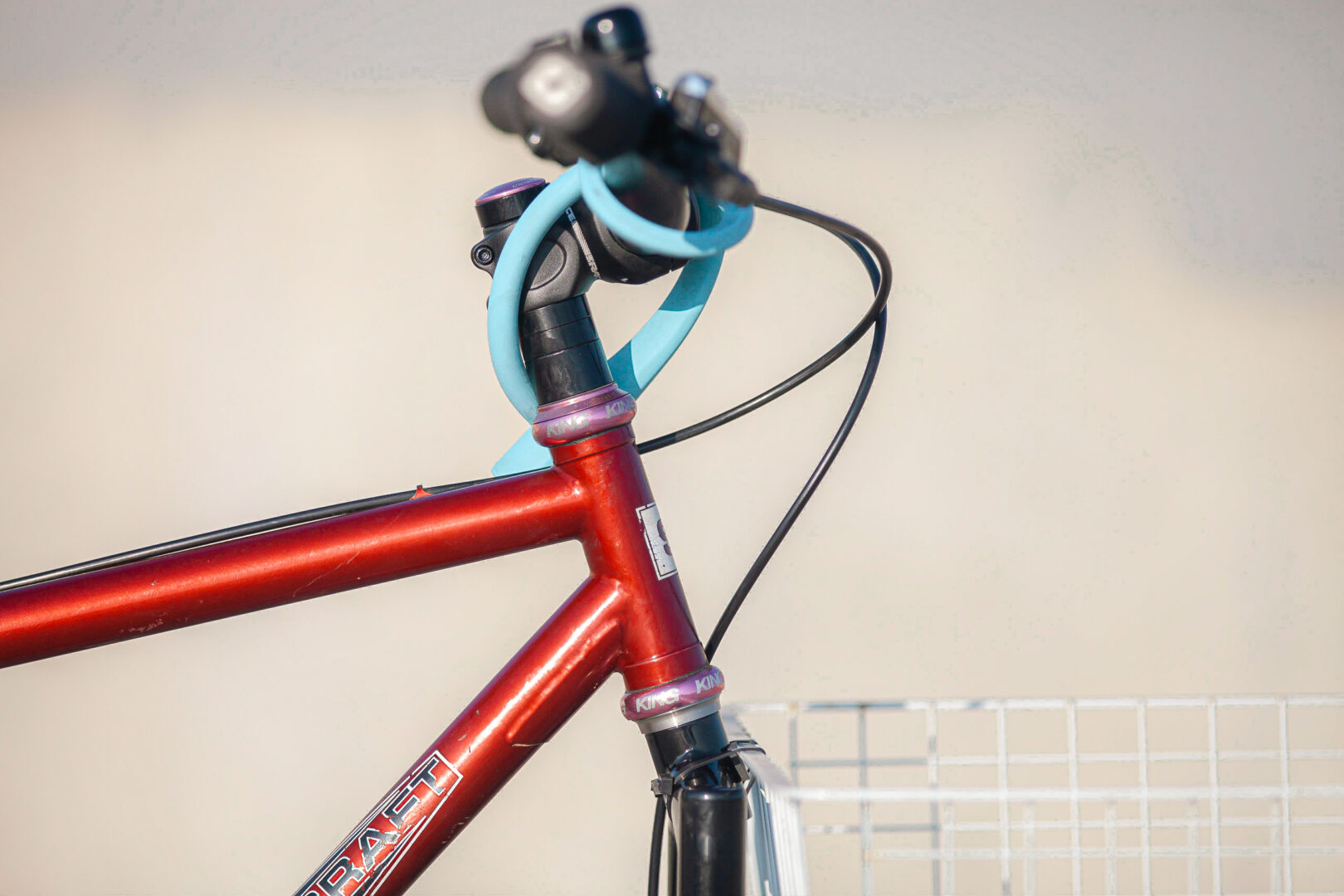 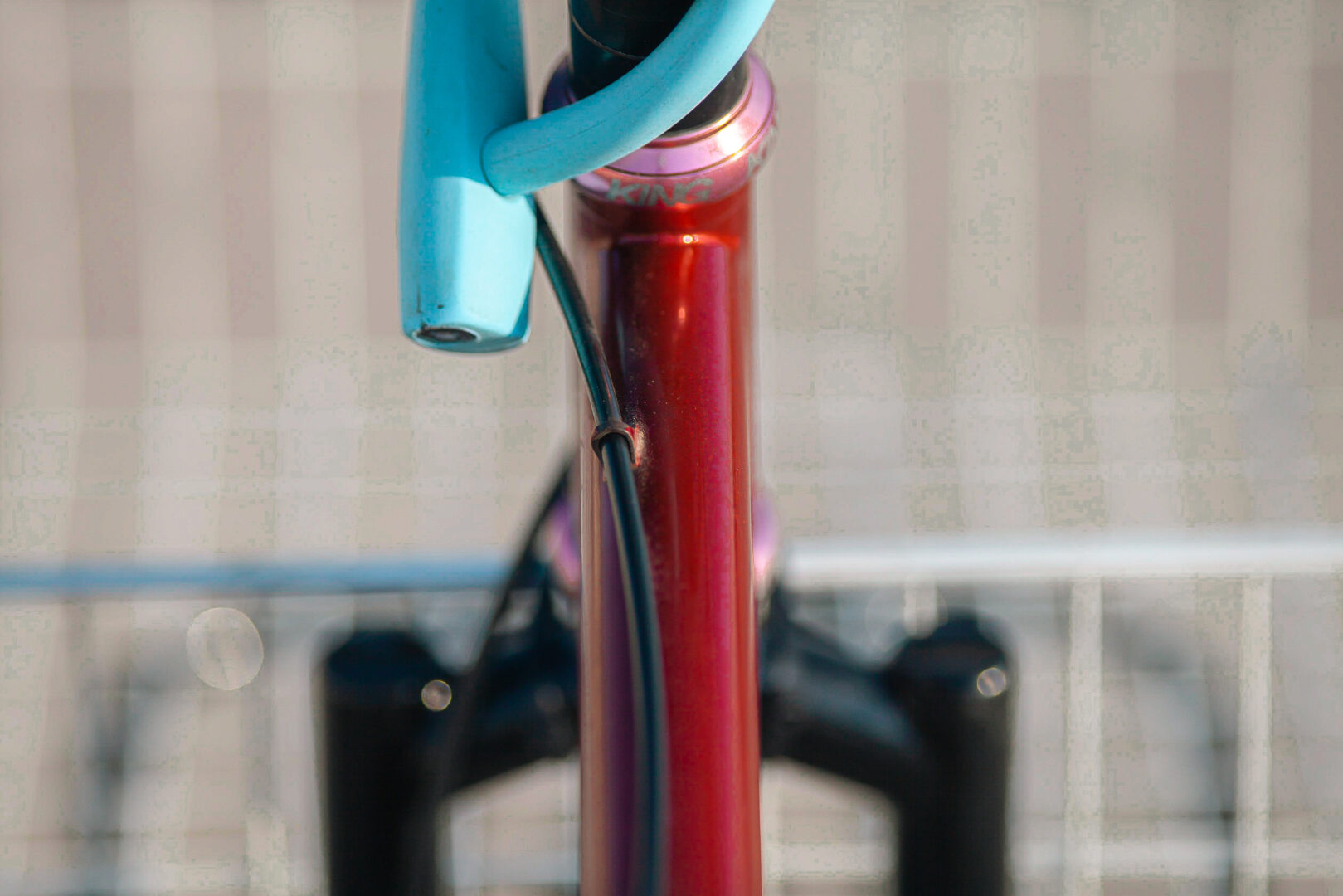 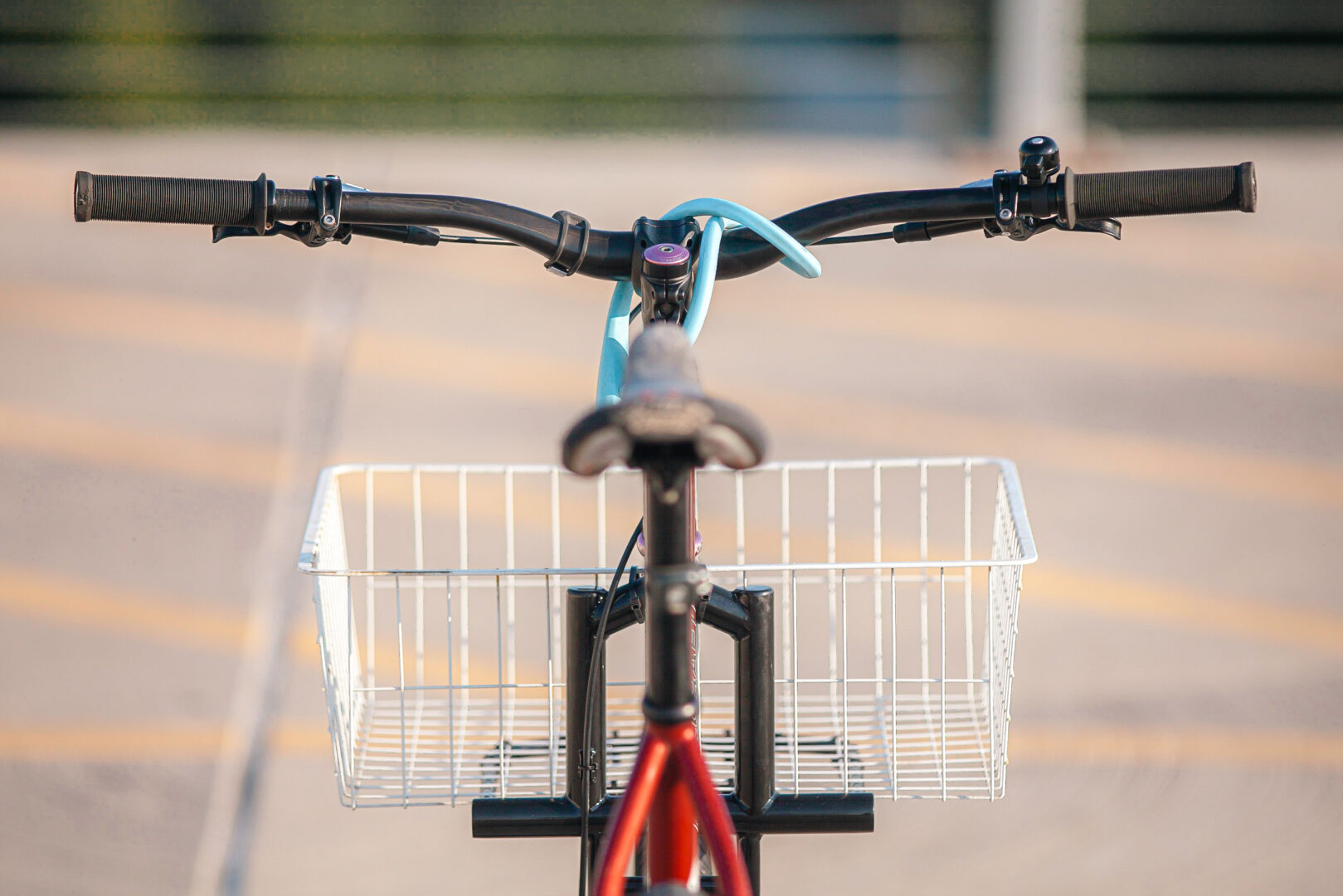 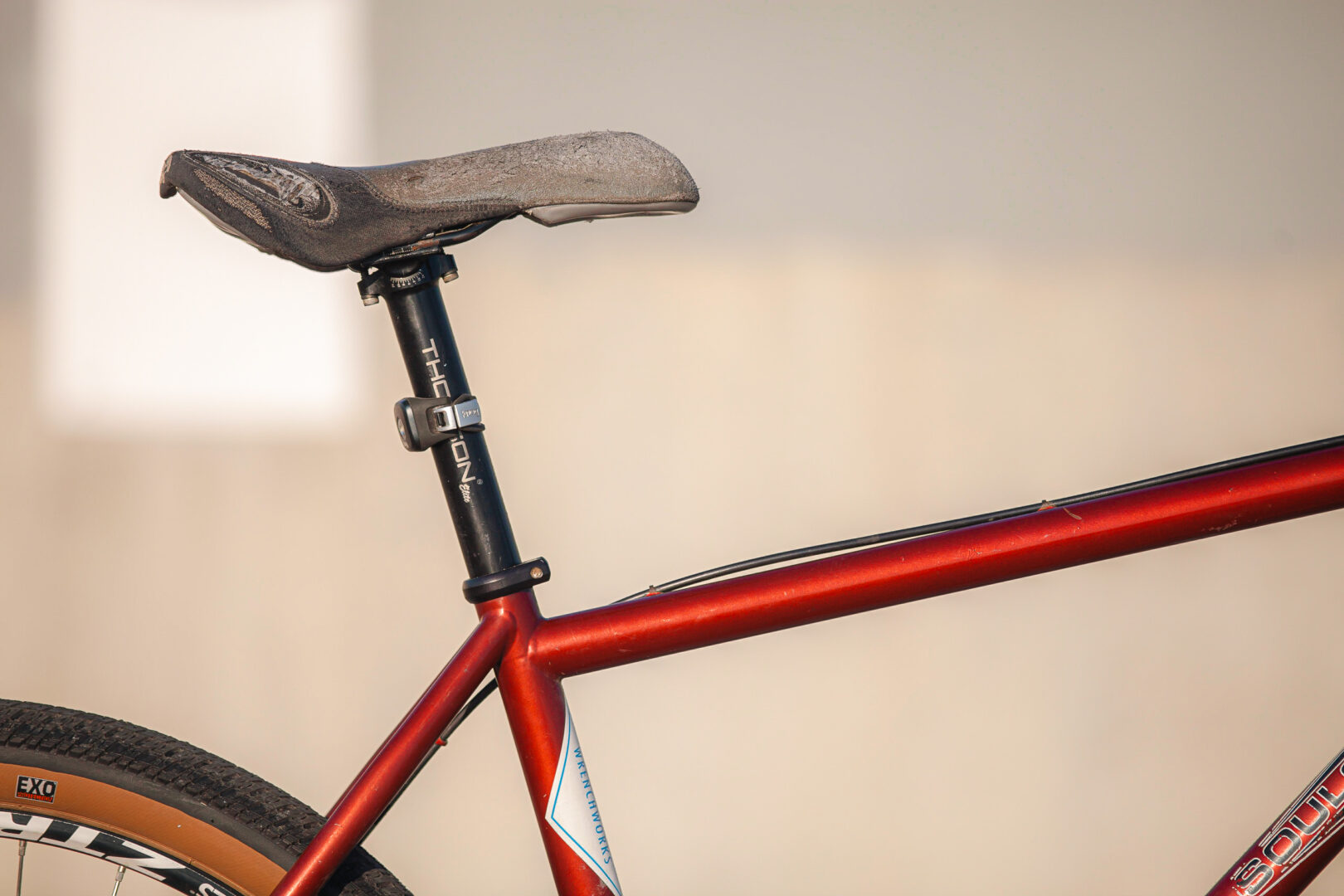 All this to say, Clydesdale Forks are still in stock. Buy one, alter some strange, rare-find-of-a-bike, and have some fun, asymmetrical bemusement.