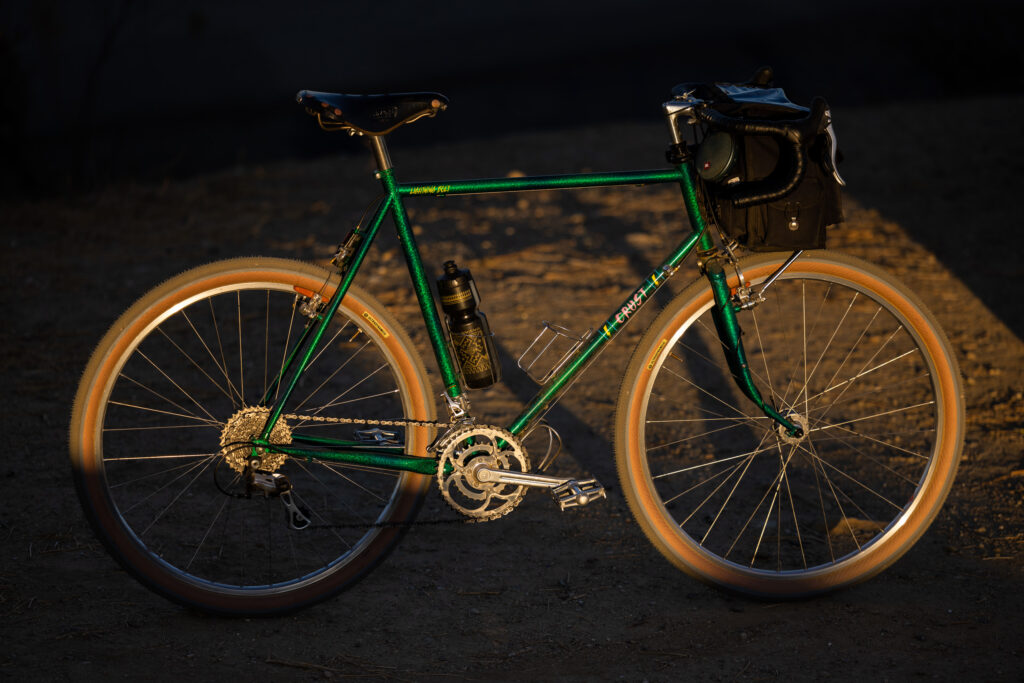 I swapped out tires on my Canti Lightning Bolt to some Ultradynamico Cava Race and figured it was a good time to shoot a little gallery of it. First, a small history of this frame. A few years ago I called Matt wanting a new frame and my two choices were a crackle paint Romanceur, or a sea monster green Canti Bolt.

This wasn’t going to be just a new frame/build, it was going to be a second bike for me as well as my first drop bar bike that I was getting to celebrate being able to ride drops without being in pain due to a new right hip. Well, shit. I had wanted a Romanceur for so damn long (lo-key still want this build), also was still a little hung up on disc brakes, so I consulted my ride friend Kevin Terpening and he was excited about maybe getting the canti-bolt so there it was, I made my decision via process of elimination.

Fast Forward a bit over a year and in comes the Canti-Romeo. Kevin saw it and started to jones for a build so I graciously offered to buy his sea monster green Canti Bolt frame and wheelset. Fucking DOPE! Sorry Kev.

Honestly, I can not say enough good things about this bike. It’s my lightest thats for sure. I’m faster on it than all my bikes (not saying much). The past year I have gone to this bike probably 7/10 times. It’s by far the worst geared bike I own, being a 11-34t rear and 28/42 front, but that has made me stronger (barely). I have ridden some centuries, a 300k brevet, and 9mi sessions with cold cans. I really believe it’s one that everyone should have. So I am giving each one of you droppedchain.com readers a frame. Just playing, def not Oprah over here.

Here is a build list, with maybe some alternative parts that are in stock at Crust.